Othercide getting a physical release on Switch 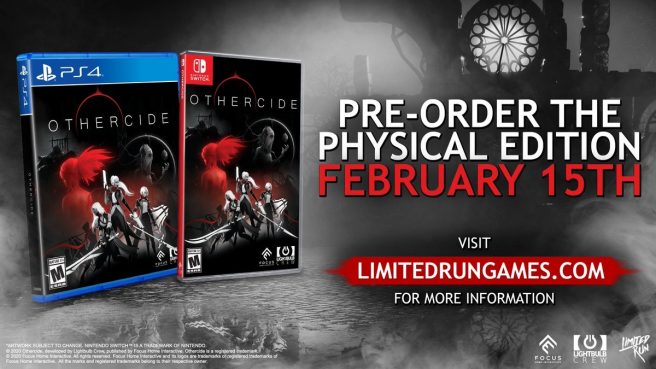 Limited Run Games will be distributing a physical version of Othercide, the company has announced. It will be a standard copy – there are no plans for any special editions.

Othercide first launched for Switch in September 2020. Up until now, the game has been digital-only via the eShop.

Here’s more information about the title:

Lead your army of Daughters to battle. Your prowess in combat will shape their abilities and personality. Make the toughest decision and sacrifice one to heal another – survivors will get stronger, ready to fight the next battle.

• Lead, evolve and sacrifice your army
• Outsmart nightmarish creatures in a spectacular Tactical RPG
• Endless combat possibilities with the Dynamic Timeline System
• A deep and complex narrative
• Failure is not the end. Return with lost powers to face a new nightmare

Limited Run Games will begin taking pre-orders for the physical version of Othercide starting on February 15. Reservations will be offered here over a four week period.