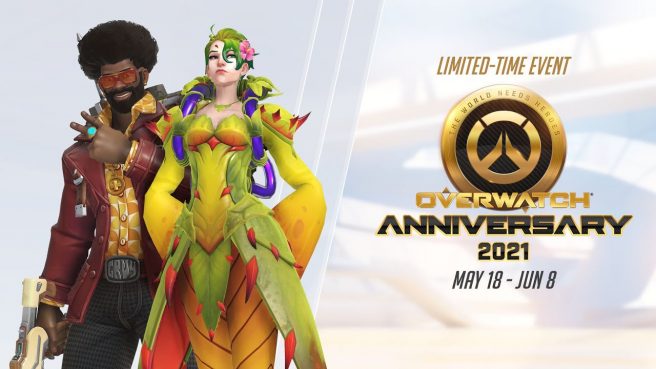 Overwatch is hosting a new anniversary event, which will highlight the game modes players have enjoyed across the years on a daily rotating schedule. Winter Wonderland, Halloween Terror, Summer Games, Archives, and Lunar New Year brawls will all make a return on specific days and all seasonal cosmetics will also be available to unlock.

Here’s information about rewards and cosmetics plus a trailer:

The Overwatch anniversary event will run between May 18 and June 8.