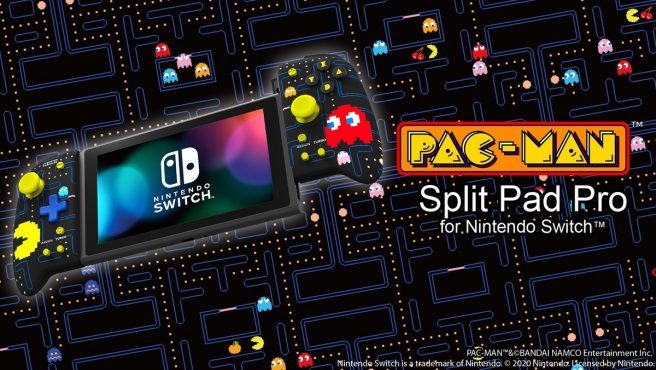 During the summer, HORI announced a new Pac-Man version of its Switch Split Pad Pro controller. It was only said to be planned for Japan at the time, but it’s now confirmed to be seeing a release in the west as well.

Here’s the official product description plus a few photos:

Enjoy the full-size controller experience in handheld mode with the Hori Split Pad Pro! Featuring full-size analog sticks, a precision d-pad, and large shoulder buttons designed for comfort and accuracy, even during marathon gaming sessions. Advanced features include assignable rear triggers, turbo functionality, and more. Perfect for high-pace action titles and many other genres. Enhance your gaming experience with the split pad Pro! (Does not include motion controls, HD rumble, NFC, or IR Camera.) Officially Licensed by Nintendo and Bandai Namco.

According to Amazon, the Pac-Man Switch Split Pad Pro controller will be out in the west on November 19. Pre-orders are live here.