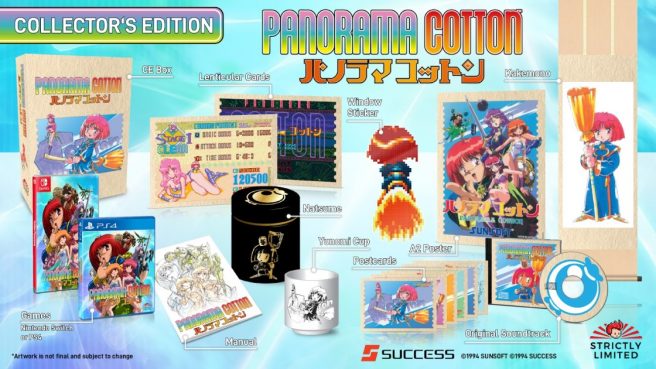 Panorama Cotton will be released digitally for Switch on October 29, publisher ININ Games confirmed today. This will be the first time the title is appearing outside of Japan.

Panorama Cotton originally landed on the SEGA Mega Drive in 1994. It’s a pseudo-3D rail shooter with a new twist to the series. The game begins with a burnt willow appearing in the Queen’s garden that causes the behavior of her highness to get stranger and stranger, so Cotton and Silk go on a journey to find the evil willow burner and bring an end to the disaster.

Strictly Limited Games is planning physical versions of Panorama Cotton, with pre-orders set to begin on October 24. A limited edition, priced at €29.99, comes with the game and a manual. As for the €64.99 collector’s edition, you’ll get the following: