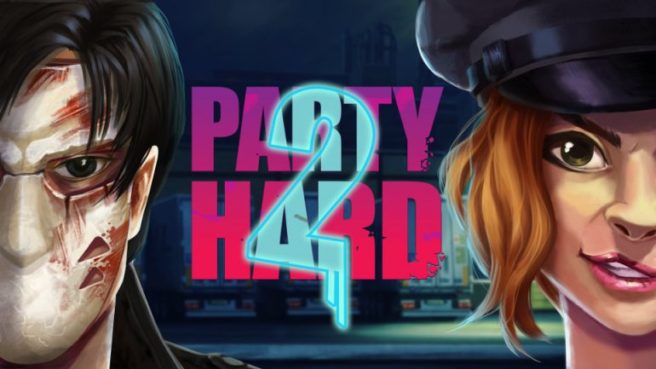 tinyBuild brought Party Hard to Switch last November. Its sequel, Party Hard 2, may also be a possibility for the system. PEGI rated the game for Nintendo’s console a couple of months ago.

For those who haven’t heard of Party Hard 2 previously, here’s a handy overview:

– Dozens of new traps including combos: use different substances that react with each other. Why not set a chain reaction with water and electricity?
– 4 playable characters with entirely unique play styles, stats, and abilities!
– 14 sprawling levels featuring 2 boss fights
– 27-track OST
– Brand new crafting system and dozens of items to combine: why not a lighter and a can of gasoline?
– Take out multiple targets simultaneously with the powerful Multi-Kill ability!
– Scan the room for targets and useful objects using Party Vision!
– Interact with NPCs: get an NPC drunk, bribe punks, or make someone pee their pants in fear!
– Different objectives that match your playstyle! It’s your call if you want to choose only objective-sensitive non-civilian targets. Killing everyone works, too. Your playstyle may effect the progression of the game, specifically unlockables.
– Local co-op is back! Stop parties, with a friend!
– Twitch integration is back and shinier than ever! Your favorite streamer is playing Party Hard 2? Build them a level, fill it with partygoers, set objectives, and become King Of The Hill!
– Brand new 3D visuals and lighting effects
– An intriguing story of vengeance and redemption. Yes, with a twist and a fugitive circus bear.

If tinyBuild happens to announce Party Hard 2 for Switch in the future, we’ll let you know.