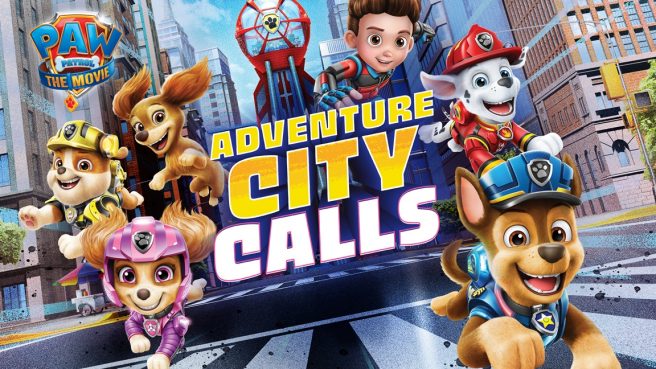 Outright Games today announced PAW Patrol The Movie: Adventure City Calls, a new game based on the franchise’s first full-length feature film. It will launch for Switch on August 13.

Here are the first details:

When the PAW Patrol learns that Mayor Humdinger has taken over a buzzing metropolis, they must save Adventure City from his selfish scheming! Fans become the pups – including Chase, Skye, and a brand-new pup pal– and use their unique abilities in high-stakes rescue missions. Deploy next-level gadgets and vehicles to explore the city and have even more fun with minigames like ‘Pup Pup Boogie’. With solo play and local co-op modes, this fun-for-all 3D platformer gives young gamers and their families the chance to join the PAW Patrol on their bravest mission yet.

– To Adventure City! – Explore all-new locations from ‘PAW Patrol: The Movie’
– Be the Pups – Including Chase, Marshall, Skye, and new city girl Liberty
– Mission Paw – Save the day in amazing rescues and bonus missions
– Collect Them All – Unlock reward badges for collecting all the pup treats
– Play Minigames – Like ‘Pup Pup Boogie’ in solo or local co-op mode

We’ve included a trailer for PAW Patrol The Movie: Adventure City Calls below.