Payday 2 for Switch based on an older version of the game, but future content updates promised 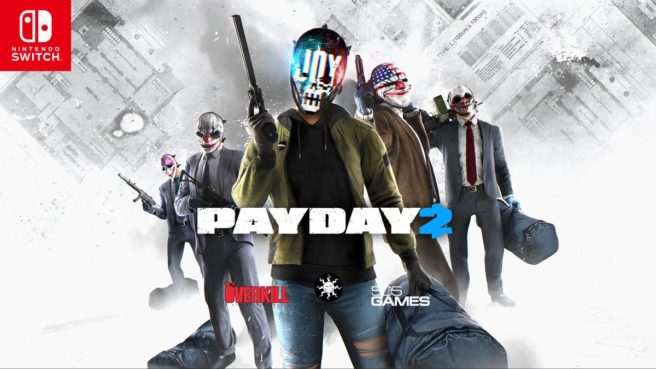 Just ahead of its launch later this week, there’s been some confusion as to which version of Payday 2 is ending up on Switch. Polygon has now received clarification straight from publisher Starbreeze.

Starbreeze says that Payday 2 will have content up through the “Most Wanted” update – so around mid-2017. That means Switch is one update behind other consoles, which are in turn slightly behind the primary PC edition. This was done in order to have Payday 2 ready for Switch in early 2018, though more content updates are promised for the future.

The full statement from Starbreeze reads:

“Payday 2 is releasing on Switch with content up to and including the ‘Most Wanted’ update, which is equivalent to the content released through mid-2017 on PC. PS4 and Xbox One received one additional update after that, the ‘Master Plan’ update, which released near the end of 2017. So Switch is one update behind other consoles, which are slightly behind PC.”

“The reasoning for the Switch content: we’re making continuous updates to a game that’s turning 5 years old this year, and to get the game out in early 2018 on Switch meant that our team had to go with the content ported and available at the time of console submission,” Starbreeze explained to Polygon. “The PS4 and Xbox One versions are now almost up to par with PC content, and Switch is close behind those versions. There are future content updates planned for Switch, as well.”