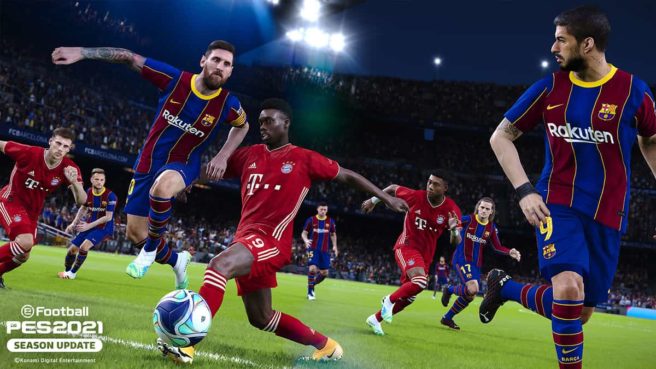 FIFA has appeared on Switch dating back to the console’s launch year, but in contrast, Pro Evolution Soccer hasn’t had a release on the system yet. However, that could change in the future.

Latin America brand manager Robbye Ron expressed optimism about bringing PES to Switch in an interview with RPP. A good portion of that positivity stems from the fact that Konami is now moving over to Unreal Engine – technology that works well with the platform.

Ron shared the following regarding PES on Switch (translated by Google):

“I think we are closer to that. The Unreal Engine will help us a lot to be a little more flexible on what platforms we appear on. I can’t assure you yet, but I think we’re getting closer to getting there (to Switch). Whenever we announce a new game, people let us know that they are still waiting for the Switch version. It is something we want, because people ask us and there are many consumers who have stopped playing PES just because we are not on that platform. We are focused on seeing how we can (do it), and I think that the change of engine will help us a lot to fulfill the dream to several Nintendo fans.”

During the same interview, Ron addressed another interesting topic when asked about a possible return of International Superstar Soccer:

“… I internally probed the possibility, because I’m a big fan of the International Superstar Soccer saga, and for me it would be great to have it back again, and if it’s Switch, better, because I grew up playing Nintendo. But when we asked the production team internally if it was possible or not, I found something that surprised me: the team that made International Superstar Soccer is a totally different team from what PES does. … they said it is difficult, because it is something that belongs to someone else. …I’m not saying it can never happen, but you have to look at who was working at that time in that game and see how we can resurrect it. It surprised me. It is an anecdote, but hopefully we can have it. For us older people, we would like to have something more retro.”