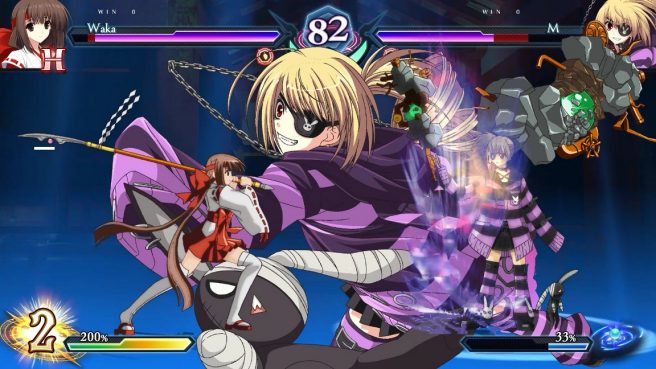 Phantom Breaker: Omnia was announced for Switch last October. The game was originally on track for release sometime this year.

Speaking about the delay for Phantom Breaker: Omnia, producer Masaki Sakari said that “the porting and localization processes have taken longer than I anticipated.” Read his full statement below.

I’m Sakari “P,” the director / producer for Phantom Breaker: Omnia. Today, I confess we have a rather unfortunate announcement to make.

Phantom Breaker: Omnia, for which we have been targeting a late 2021 release, must inevitably be delayed to early 2022. We understand that a lot of you have been waiting to play this game, and to those long-enduring fans I owe a huge apology.

The truth is that the porting and localization processes have taken longer than I anticipated… and I take full responsibility for underestimating the scope of these very important tasks.

However, I am pleased to say that as of right now, the game is running on all of our target platforms (the Xbox One, PlayStation 4, Nintendo Switch, and PC), and we will begin QA very soon. We should be able to announce a release date in the coming months as we keep an eye the debut process.

I promise everyone that you WILL be playing this game in the first few months of 2022. I realize that this delay may be concerning to some of the fans out there, but there is no scenario in which this game will not be released, so please be patient with us as we continue to work hard on bringing this game to you.

Thank you, everyone, for your continued support!

Phantom Breaker: Omnia will be available on Switch both physically and digitally. Limited Run Games will be handling the boxed version.