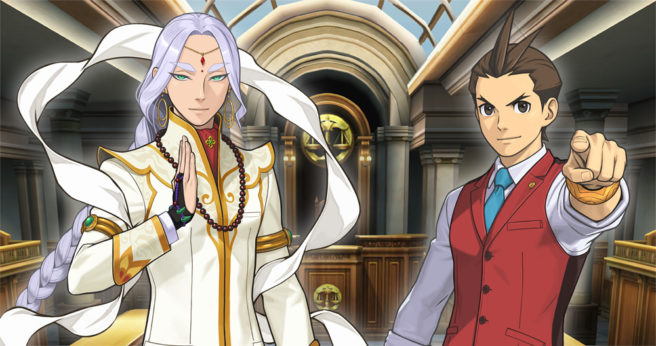 This time around the focus is on the returning rookie attorney Apollo Justice, who will hold down the court while Phoenix Wright is away in the Kingdom of Khura’in. Additionally, we get our first detailed look at newcomer Nahyuta Sahdmadhi, who will serve as the enemy prosecutor in this game. Not only will Phoenix be facing off against him in faraway lands, but it appears that Nahyuta will make an appearance in Apollos home turf as well.