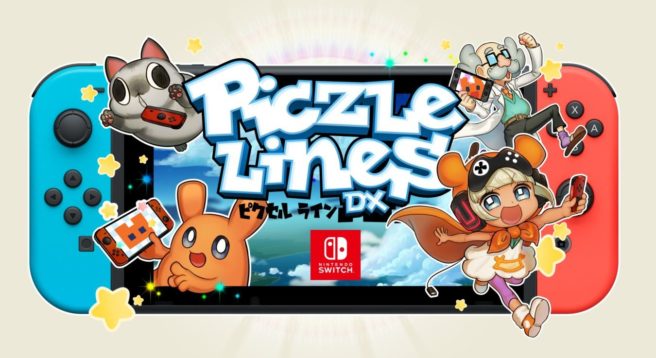 Piczle Lines DX is arriving for Switch on August 24, Rainy Frog has announced. The puzzle game will be distributed on the eShop.

Additional information about Piczle Lines DX along with a trailer can be found below.

Draw lines between two numbers to reveal a hidden picture and complete the puzzle! Hundreds of puzzles with free updates!

Draw lines to connect pairs of numbers to complete a hidden picture in this feverishly addictive PICture puzZLE game! Connect numbers of the same color, using the same number of blocks as the number! Easy controls let you draw line after line as you gradually reveal the picture! Once you start you’ll be hooked!

Play through 100 levels in Story Mode as you follow the adventure of a professor and his mysterious Piczle-Matic camera. Each puzzle solved unlocks the next step in the story!

Continue the fun in Puzzle Mode with 200+ more puzzles! Solve picture puzzles of all sorts, including sports, pets, vehicles, food and many more! Select them in any order or have multiple puzzles on the go, resuming any one at any time.

Draw directly on the screen in Handheld Mode, or play with the Joy-Con™ in Table Mode or TV Mode!