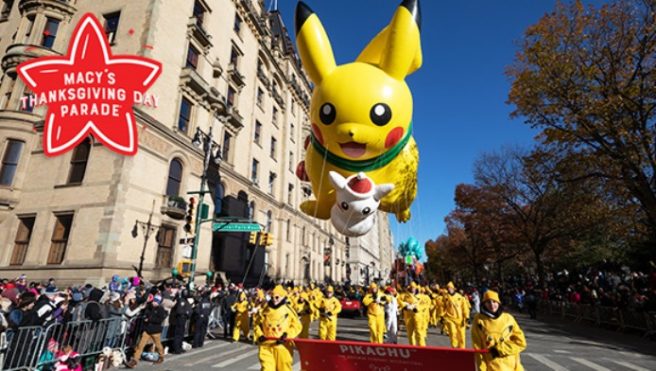 As has become tradition, Pikachu will once again be returning for the Macy’s Thanksgiving Day Parade. This is the 19th consecutive year that the Pokemon will be appearing among the skyscrapers of New York City. Pikachu will be accompanied by a snowman version of itself.

Those in the United States can watch the Macy’s Parade on November 28 on NBC. The show begins at 9 AM in all time zones.