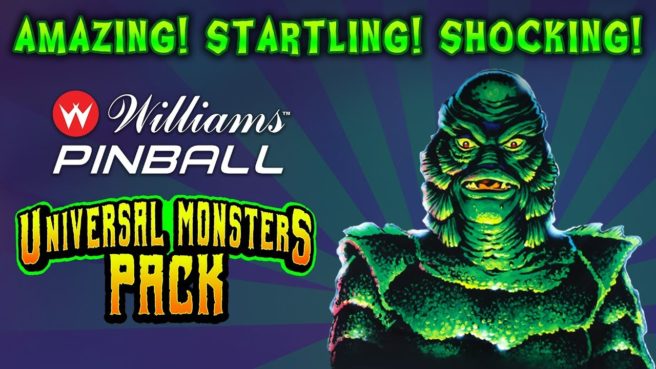 The Williams Pinball: Universal Monsters Pack is on the way for Pinball FX3, Zen Studios announced today. Players can get their hands on the Monster Bash and Creature from the Black Lagoon DLC on October 29.

Players can reunite the creatures of the night in Monster Bash, and get ready to rock! They can rebuild Frankenstein, dig out The Mummy, unleash a full moon for The Wolf Man, spell out D-R-A-C-U-L-A, lure Creature from the Black Lagoon up from the slimy depths, and get Bride of Frankenstein to wail about her ball and chain.

In Creature from the Black Lagoon, players can experience all the excitement of Universal Studios’ classic monster flick with the fun of a drive-in movie date. Nostalgia meets high-tech pinball wizardry on this table, and the results are breathtaking.