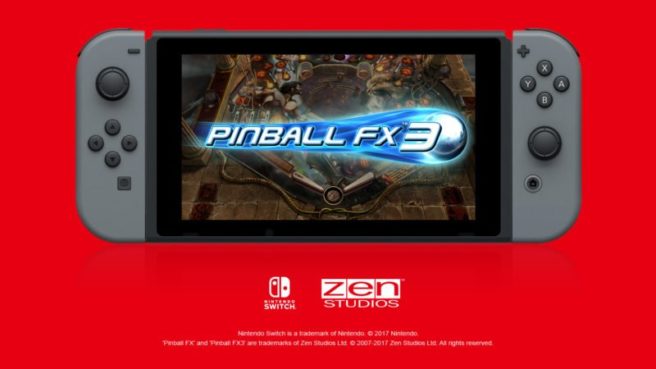 Zen Pinball Pinball FX3 is getting a “major update” next week, Zen Studios has announced. Players will be able to download the patch on May 3.

Zen Studios hasn’t outlined the full specifics, but Pinball FX3 will soon be able to run at 60 frames per second in handheld mode. And when docked, it should run at full 1080p.

Note that when the patch goes live, old saved games will be wiped, so players are encouraged to complete all games in progress on each table before updating.