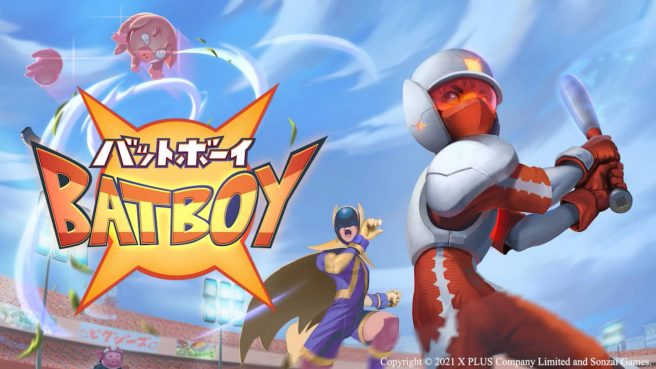 Publisher X Plus and developer Sonzai Games have announced that pixel platformer Bat Boy is coming to Switch. Check out an overview and trailer below.

Ryosuke isn’t just your regular high-school kid. He and his fellow sports-star friends secretly battle against the evil invading forces of Lord Vicious, hellbent on hosting sinister athletic events for his own amusement! Aided by the power granted to them by nameless deities, Ryosuke is Bat Boy!

Interdimensional mage Lord Vicious has brainwashed Bat Boy’s fellow teammates in order to participate in the Trials of Darkness, a heinously brutal series of athletic events! It’s up to Bat Boy to team up with one-time villain and mouthy crow Garou, traversing all manner of hostile worlds, to free the minds of his sports-hero teammates before they fall victim to the Trials. Along the way, Bat Boy will encounter all manner of characters, some allies, most not, as he fights his way to the final confrontation with Lord Vicious.

Bat Boy pits the titular hero against the former allies of his sports team, heroes such as Racket Girl, Shinai Guy, Aquaria and Mr. Blitzer, among others as he travels through the many worlds beyond Lord Vicious’ dimensional gateway!

No release date for Bat Boy has been announced.