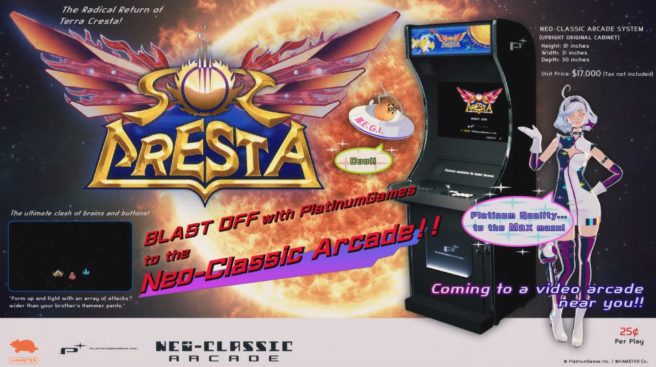 Going back to the reveal of The Wonderful 101: Remastered several weeks ago, PlatinumGames has been teasing four announcements. Aside from reviving the Wii U game, the studio announced Project G.G. and a new studio in Tokyo. The final piece of news was teased for today, which doesn’t actually seem to be a tangible product.

PlatinumGames’ Hideki Kamiya had this to say about the whole thing:

“This year, as usual, we, PlatinumGames, tried our best to make an April Fools’ joke. We’re living through tough times now, so as an entertainer, I wanted to cheer you all up. My thanks to Hamster Corp who cooperated with us for this joke. I have two rules when making an April Fools’ joke. First, it needs to be obvious that it’s a joke. Second, it needs to be something that won’t make you disappointed when you realize it’s not real. Following these two rules, this is the joke we made and we (I?) found it pretty exciting. I’ll be happy if it made you realize once again that when PlatinumGames fools around, we do it at full power.”

It’s all a bit unexpected given how long the full set of announcements have been teased. Unless Platinum has something else in store, this is how Platinum 4 comes to an end.