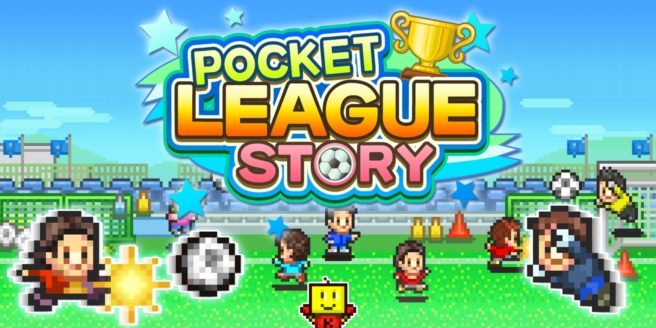 Kairosoft will publish Pocket League Story on the Switch eShop next week, listings on the eShop confirm. All regions are getting the game on May 16.

Here’s an overview of Pocket League Story, along with a trailer:

Handpick players, train, and battle your way to the top of every league in this sensational soccer team simulation!

Sell merch, erect a gym–even a stadium! Your fanbase will grow as you conquer your rivals and snag the hottest sponsors! The sky’s the limit in your quest for ultimate soccer stardom!

As the crowd erupts in jubilation and the screams of “Goal!” echo throughout the stadium, will your team stand victorious? Try your hand at being a soccer team manager and find out!