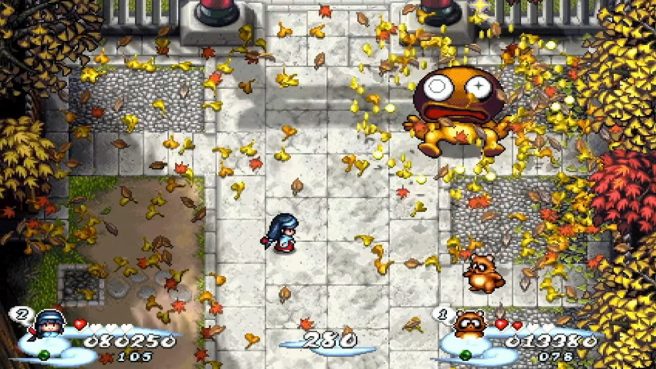 Following its appearance at New Game+ Expo last week, Pocky & Rocky Reshrined has received its official teaser trailer. Natsume has also passed along a general overview of the game.

Pocky & Rocky Reshrined is a multi-directional scrolling shooter in the classic 16-bit style with improved graphics, sound, and fun! The adventures of Pocky and Rocky begin again! It’s the third installment in the original shrine maiden shooting series. The new game is being developed by the original development team, Tengo Project.

Pocky & Rocky follows the adventures of a young Shinto shrine maiden named Pocky and her companion, Rocky the raccoon, as they attempt to save a group of creatures known as the Nopino Goblins. Gameplay takes place from a top-down perspective and features both single-player and cooperative modes.