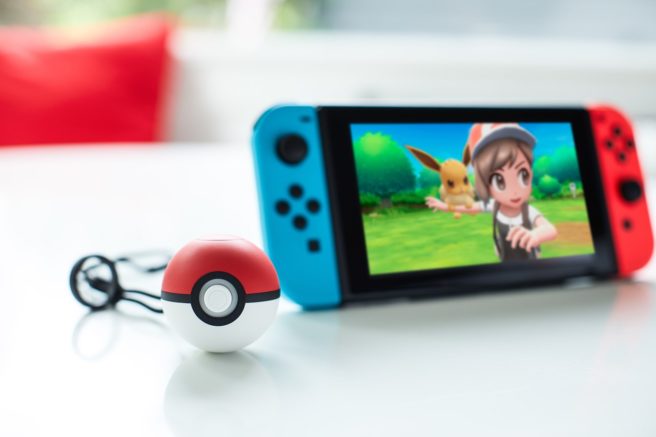 Pokemon CEO and president Tsunekazu Ishihara wasn’t always a believer in Switch. In fact, he told Nintendo prior to its release that it wouldn’t be successful. He felt that “in the age of the smartphone, no one would carry out a game console.”

Switch did end up becoming a success in the end having sold close to 20 million units as of Nintendo’s last fiscal year. Ishihara came to understand that “the key to a successful game is quite simple: software with absolute quality leads sales of hardware.”

In a recent interview with Famitsu, Ishihara talked about Switch’s performance a bit further. When asked how he feels about the current state of the platform, Ishihara responded with the following:

“I don’t know if this has the ability to persuade the people who said a year ago that the Nintendo Switch wouldn’t sell [laughter], but up until that point a machine that integrated both handheld functionality and a home console was unheard of, so to be honest it was hard to know how it would sell. I didn’t see it selling. However, the overwhelming fun of The Legend of Zelda: Breath of the Wild made it popular. I think that had a big impact.”

Ishihara spoke further about how some key titles provided a boost:

“Mario Kart 8 Deluxe and Super Mario Odyssey as well as other titles also had great timing and is helping widespread adoption. On top of that there are games like Nintendo Labo that include elements you don’t normally see in games, so it’s the ideal environment for a platform. I think this is a great opportunity for us to introduce new games and bring new experiences that will earn even more fans.”

Finally, Famitsu pointed out how Pokemon games tend to show up when the hardware already has a certain popularity and accelerates adoption. When asked if now would be that kind of timing for Switch, Ishihara said:

“Exactly. However, the reason that we can release a title at this point in time is that we already had begun development at the time that the Nintendo Switch launched. That’s the point where thoughts like ‘maybe the hardware won’t sell?’ changed to a feeling of ‘our game will give the platform traction’. In a way, our second title this time around will be one of the driving factors behind that.”