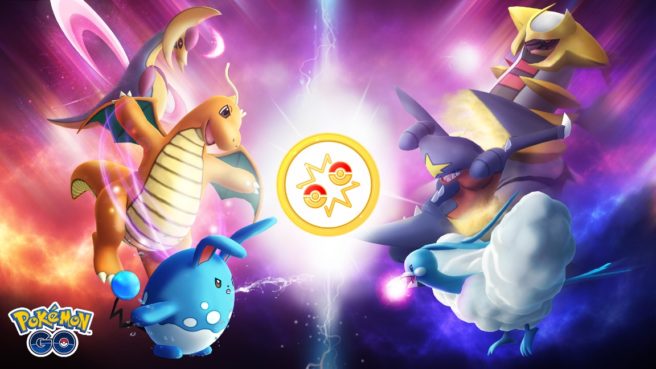 Towards the end of last year, we started to hear about a new GO Battle League feature for Pokemon GO. The feature involves player vs. player battling in which users walk in order to earn entry and then battle opponents from around the world in an online matching system.

Today, developer Niantic announced that GO Battle League will begin rolling out this week. A bunch of details were also provided in a new blog post.

Preseason is a period of time before a season of competitive play begins. With your help, we will be able to optimize and balance the GO Battle League feature during this time. We will also be taking this time to learn about how the GO Battle League is being used in order to determine things like ideal length of seasons, rating thresholds for ranks, and more. In a previous blog post, we mentioned some details that have already been decided: Trainer Battles within the GO Battle League will rotate between the three leagues, you’ll be able to rank against your fellow Trainers, and you’ll earn rewards for ranking.

For the preseason, the GO Battle League will begin with the Great League, then move on to the Ultra League and the Master League. Leagues will rotate every two weeks. You can still rank during preseason, but your rank will be partially reset at the beginning of Season 1. You will still earn rewards for battling and winning, so this is a great time to practice and earn some cool rewards as well.

We’d like to share some info about the rewards you’ll be receiving for taking part in the GO Battle League.

Make sure you’re subscribed to receive push notifications to find out when the GO Battle League will become available to everyone! In celebration of the release of GO Battle League, your first set of GO Battle League battles is on us, so you won’t need to walk five kilometers to try it out! Follow our social channels after the feature rolls out this week to stay updated as the preseason progresses, and share your favorite battle moments with #GOBattle.