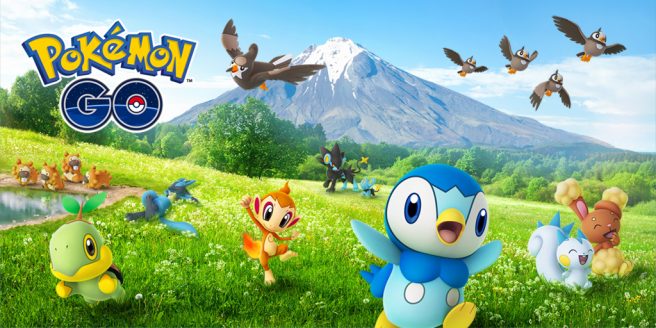 A Kanto-focused event has been running in Pokemon GO, but it’ll soon be coming to an end. Once it’s wrapped up, a new promotion will begin, this time focusing on Sinnoh.

Pokemon GO Tour: Sinnoh kicks off on January 12. Creatures originally discovered in the region will be popping up more frequently and more.

As we approach Pokémon GO Tour: Kanto, we’ll be spending some time highlighting other regions in the world of Pokémon. We’ve already shared our plans for the Unova Celebration event, and today we’re excited to announce that Sinnoh will be the next region featured in our countdown celebration!

Up next: Hoenn! An event celebrating the Hoenn region will be happening from Tuesday, January 19, 2021, to Sunday, January 24, 2021. Stay tuned for more details as we get closer to the date!