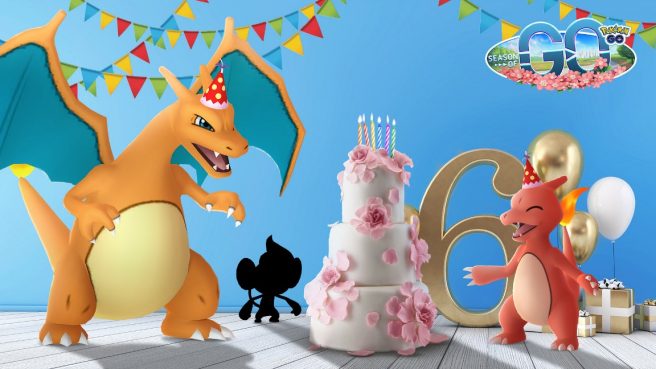 Players can look forward to a number of six-themed events and bonus, including a special emphasis on Charizard – #006 in the Pokedex and more. The full lineup is as follows:

*If Trainers are lucky, they might encounter a Shiny Pokémon.

More information about the sixth anniversary event for Pokemon GO can be found on the official site here.