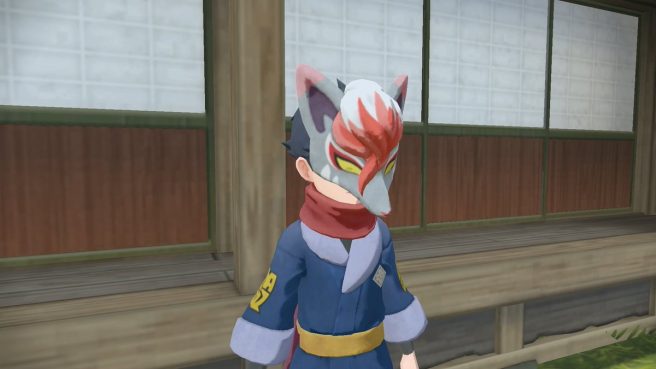 The Pokemon Company has announced the Baneful Fox Mask as an early purchase bonus for Pokemon Legends: Arceus. It can be obtained by choosing “Get via Internet” from the Mystery Gift feature in their game, up until May 9, 2022.

Note that the user profile on the system will need to be linked to a Nintendo Account in order to connect to the internet, though a paid Nintendo Switch Online membership is not required. The Pokemon Company states that it takes approximately two hours of play time before the Mystery Gift feature is unlocked.

Other than the Baneful Fox Mask, you may recall that another purchase bonus is planned for Pokemon Legends: Arceus as well. Players can receive the Hisuian Growlithe Kimono Set in a similar manner. Just like the other bonus, it can be claimed by choosing “Get via Internet” from the Mystery Gift feature until May 9, 2022.

That wasn’t the only news for Pokemon Legends: Arceus today. We finally have a proper in-game look at Hisuian Zorua and Zoroark thanks to a newly-released trailer. Information about both creatures have been shared as well. You can catch up on all of the details here.