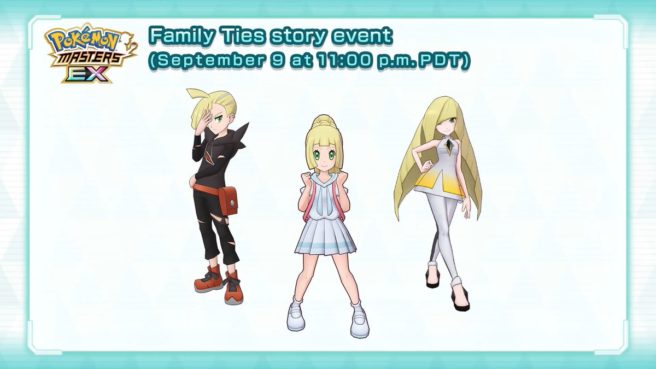 New story content details have been revealed for Pokemon Masters EX. The new story content, titled Family Ties, was announced a few weeks ago and starts on September 9. New details have been revealed, and it will feature Sync Pairs of Lillie, Gladeon, and Lusamine. Not a lot of information has been given yet, but we’ll likely see more details as the event itself rolls around.