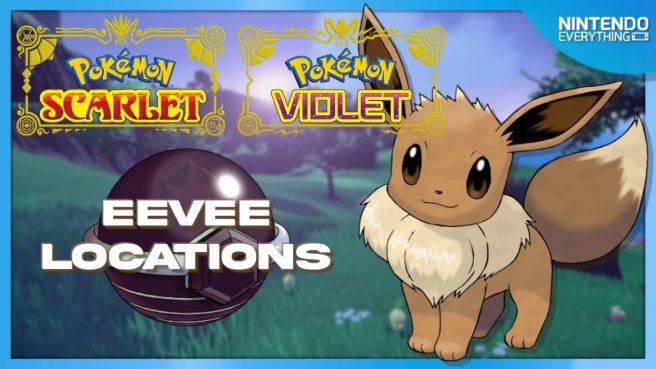 Eevee and its evolutions make a return in Pokemon Scarlet and Pokemon Violet, and we now have information about the location of this often-elusive, highly sought-after Pokemon. 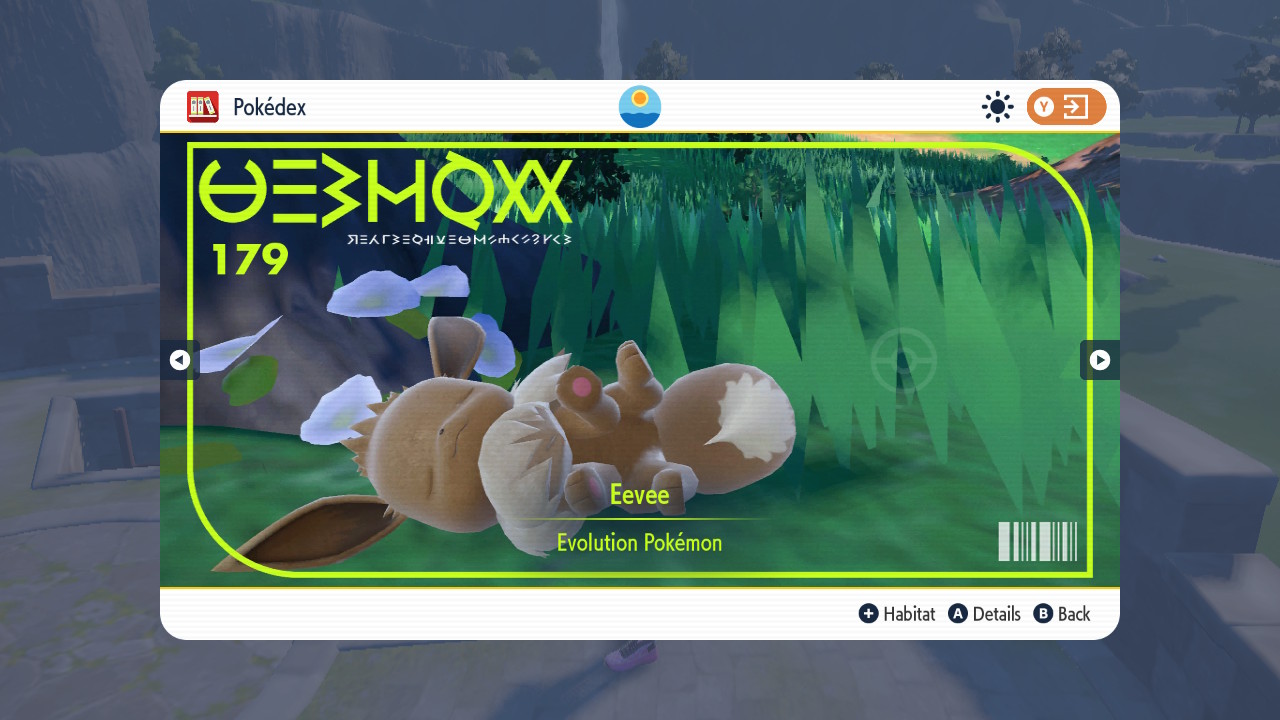 Eevee is a Normal type Evolution Pokemon. It is notable for being able to evolve into one of eight different Pokemon, depending upon the elemental stone it is exposed to, its friendship value, or its known moves.

As stated in the Pokedex entry: “Its genetic code is irregular. It may mutate if it is exposed to radiation from element stones.” 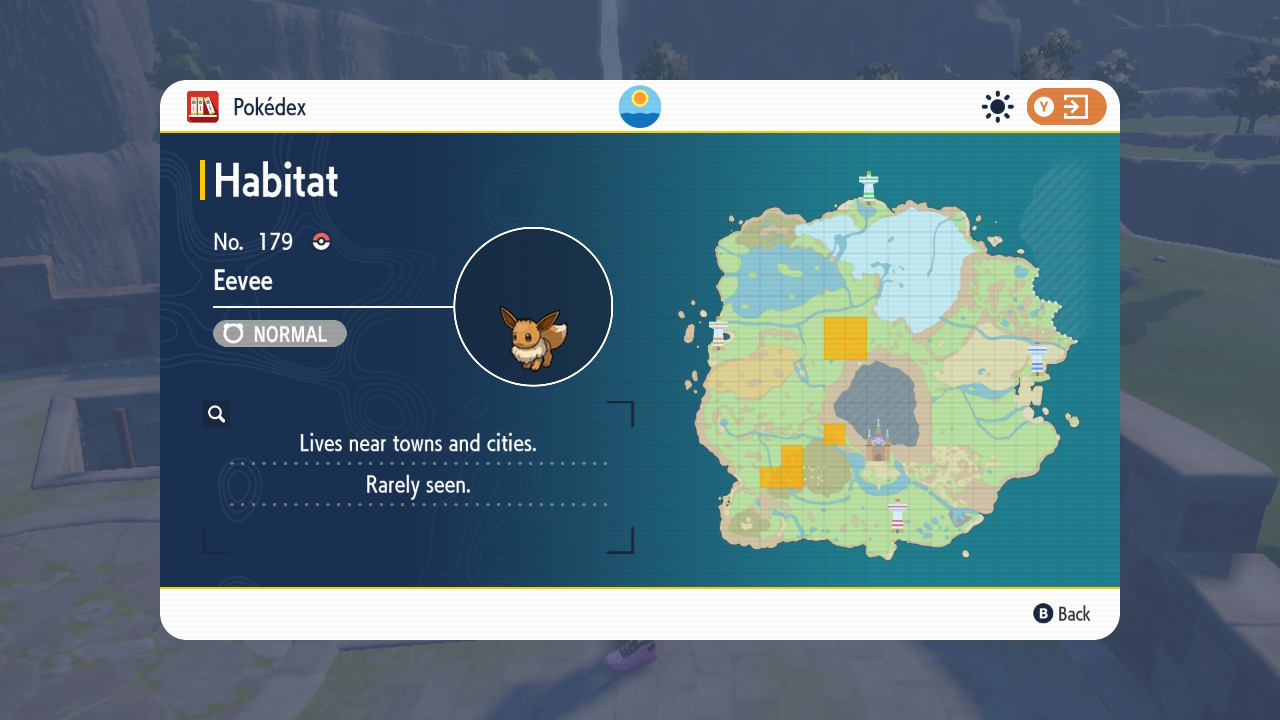 You can find Eevee in South Province Area Two and West Province Area Three. The Habitat data in its Pokedex entry notes that it lives near towns and cities, so it is around these areas that you should search, entering and exiting the area as necessary to reset the wild Pokemon in the area. They seem to be more common on the outskirts of Medali, the city that houses the Normal-type Gym, so this would be a good place to start. Pokemon in this area are around Level 30, so plan your team accordingly. 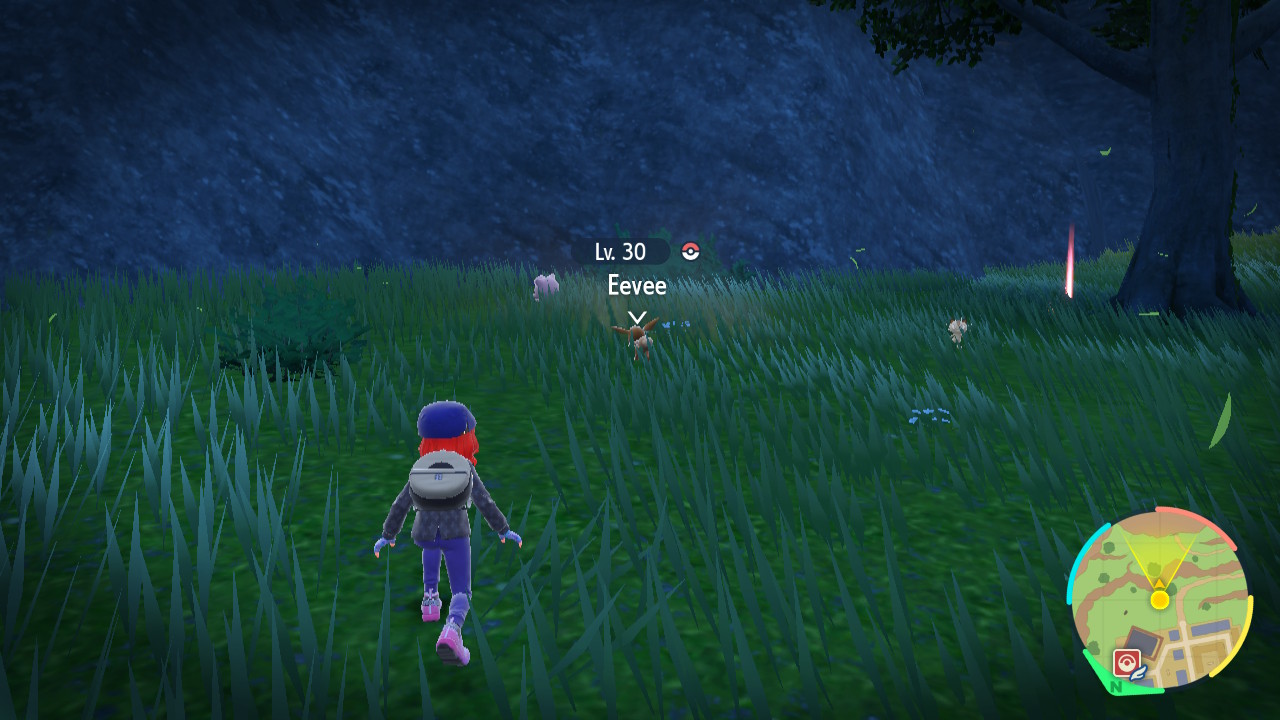 As another location for Eevee in Pokemon Scarlet and Pokemon Violet, you may also be lucky enough to encounter the creature in a Tera Raid Battle, which will be marked on your map. New ones will appear as you clear them, and they will also change daily, so it is worth checking each one on your map to see if any of them contain an Eevee.

Pokemon Scarlet and Pokemon Violet are out now on Switch. Visit the official website here for more information about the games.