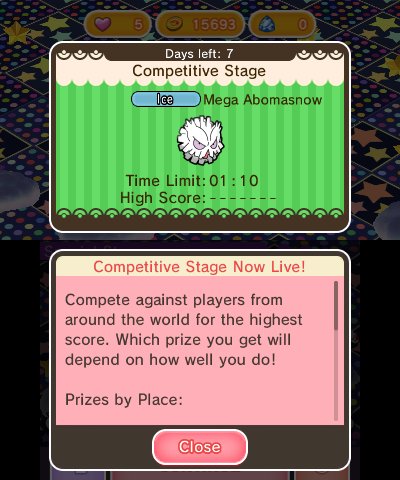 Tuesday’s here, and so are more battles in Pokémon Shuffle. This week adds three new challenges: Diancie and Mega Abomasnow for both 3DS and mobile versions, and Mega Blastoise for the mobile version.

Diancie is an Escalation battle that runs until February 23rd. The Mega Abomasnow and Mega Blastoise battles will each run until February 16th. Both of these are competitive, so only top players will get some of the rewards.