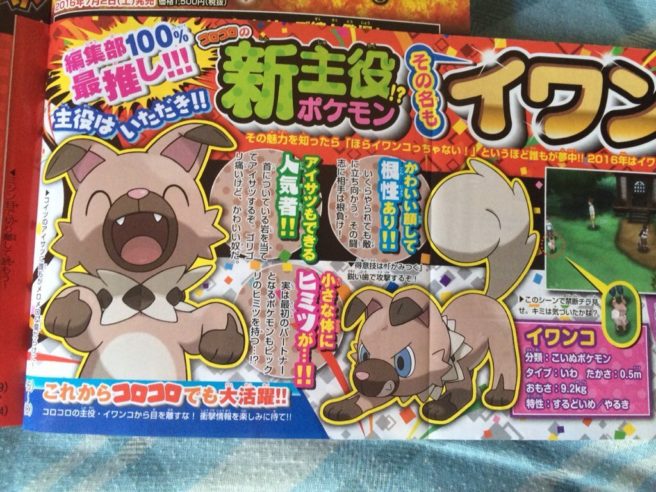 New Pokemon have been revealed in this month’s issue of CoroCoro. First images are starting to leak from the magazine, giving us a look at the creatures.

The first one we’re able to see is Nekkoala, the Contagious Dream Pokemon. It’s a Normal-type with the ability Definite Sleep which prevents it being afflicted with a status other than sleep. We also see the Deep Eye dog Pokemon named Iwanko, who is Rock-type and carries the ability Keen Eye or Vital Spirit.

Here’s a look at the new Pokemon (plus the upcoming movie) via CoroCoro scans: 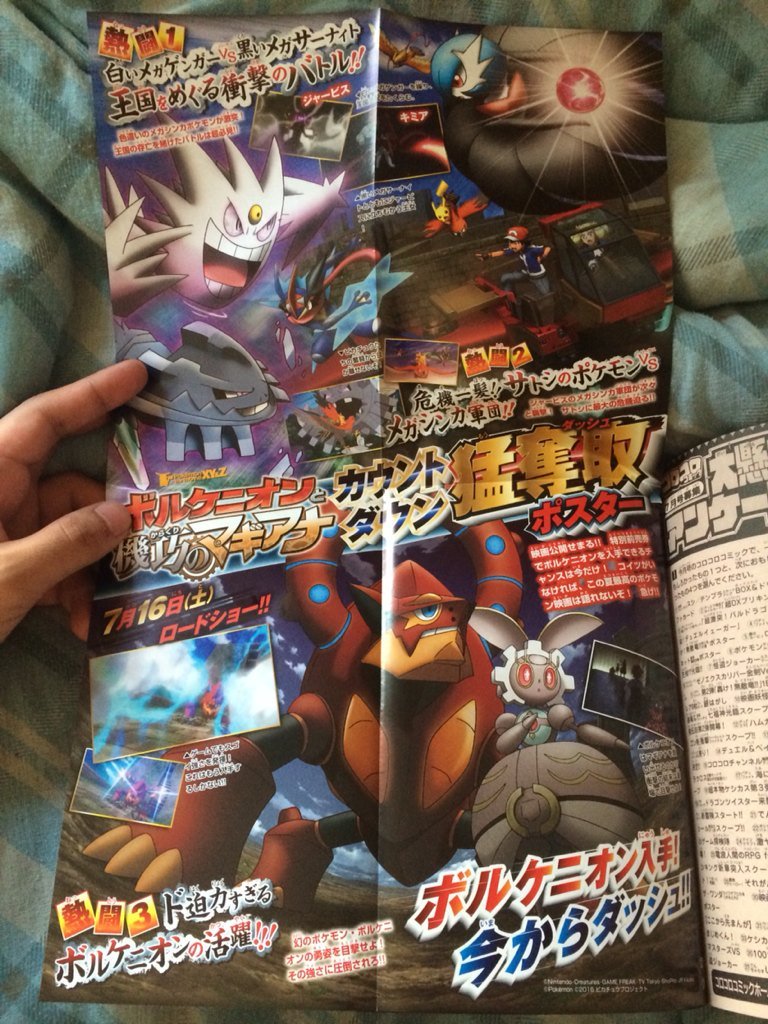 CoroCoro also says that the Greninja event at the movie based on the Pokemon Election has the ability Protean and the moves Hydro Pump, Gunk Shot, Mat Block and Happy Hour. Those who attend the film will be given a Pokémon Ga-Olé disc featuring a QR Code that can be scanned to obtain Magearna in Pokemon Sun and Moon. Magearna comes with the Soul Heart Ability and a new move known as Furuuru Cannon. Additionally, it will be at level 50.