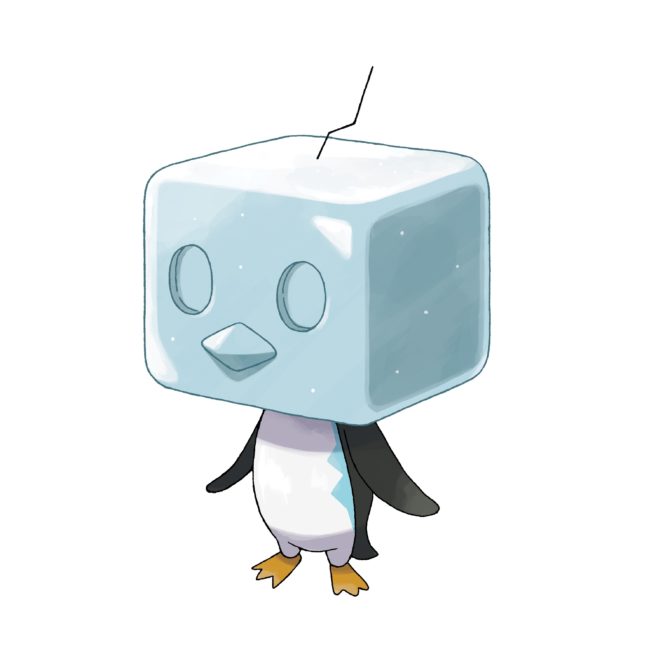 The Pokemon Company is continuing to share information about Pokemon Sword and Pokemon Shield well after their release. For today’s update, more of the games’ creatures have been detailed along with a few Gym Leaders.

In an announcement today, The Pokémon Company International and Nintendo revealed new Pokémon that have been discovered across the Galar region in the Pokémon Sword and Pokémon Shield video games, available now exclusively on Nintendo Switch systems. The new Pokémon revealed include:

Sandaconda covers its head with its inflated sand pouch, protecting itself from outside attacks. This sand pouch is able to store over 220 pounds of sand at a time, and it is so highly elastic and thick that even a Durant’s pincers can’t pierce it. Sandaconda’s Ability Sand Spit is a brand-new Ability. When Sandaconda is hit by an attack, the Ability allows this Pokémon to spray sand from its sand pouch and cause a sandstorm.

Centiskorch creates flammable gases by fermenting its food within its body. The gases are then burned in the heat-generating organs along its belly. This process produces so much fire that the flames overflow from the antennae on its head. The flames are extremely hot, with temperatures reaching nearly 1,500 degrees Fahrenheit!

When Sandaconda Gigantamaxes, it appears as a terrifyingly huge tornado. Gigantamax Sandaconda attacks by spinning its body at high speeds in battle, which causes the sand surrounding it to inflict massive damage on anything it touches. Any Ground-type attacks used by Gigantamax Sandaconda will change to G-Max Sandblast. G-Max Sandblast deals damage to opponents when it hits and cause the opponent to be trapped within a tomb of sand that damages them every turn for four to five turns. It also prevents Pokémon from fleeing or being swapped out.

Version exclusive Pokémon and more Gym Leaders were also revealed. In Pokémon Sword, players will be able to encounter:

Stonjourner has a body made of various stones, big and small, and it acts by moving these stones like arms and legs. On occasion, this Pokémon will put on a burst of speed to use its long legs in a dynamic move. Stonjourner’s Ability, Power Spot, is a new Ability which will power up the moves of its allies. This Ability can be used to great effect in Double Battles and Max Raid Battles to help support your allies.

It is said that Galarian Darumaka arose long ago, when seismic shifts caused the warm region they lived in to cool down. The fire that once burned within their bodies was extinguished, and in its place, Darumaka of this region developed an organ that allows them to produce cold air.

Galarian Darmanitan evolves from Galarian Darumaka. This Pokémon lives its life with a large ball of snow always upon its head. This snowball serves as a way for it to store food, and Galarian Darmanitan seems to place the food and things it finds into this snowball to keep them preserved. Galarian Darmanitan has the new Ability Gorilla Tactics, which causes its Attack stat to increase but means it can only use the first move that is chosen for the entirety of a battle. Some Galarian Darmanitan can have the Hidden Ability Zen Mode. A Galarian Darmanitan with this Ability will ignite with fury and change form if its HP drops to half or less of its maximum during battle. Its dormant fire sac, long neglected in the Pokémon’s cold environment, blazes back to life in battle.

Gym Leader Gordie
Gordie is a Gym Leader exclusive to Pokémon Sword. This Rock-type leader’s Gym has risen to the majors and has garnered a lot of attention in the Galar region; it’s known as the dark horse of the Pokémon League. His admiration for Rock-type Pokémon led him to join the Rock-type Gym to forge his own path to greatness.

In Pokémon Shield, players will be able to encounter:

Eiscue hails from a very cold area, and it produces cold air from within its head to create ice around it and protect its head from warmth. The ice around its head can be shattered by a strong blow. It creates new ice every time this happens. Eiscue has a new Ability called Ice Face. When Eiscue is in this form, the ice covering its head will protect it from the damage of a single physical move—but the ice will then be destroyed, changing Eiscue into its Noice Face form. When Noice Face Eiscue is on the battlefield, it will be able to return to its ice-topped Ice Face form if the weather condition changes to hail. Noice Face Eiscue will turn back into Ice Face Eiscue once hail begins or once Eiscue enters the battlefield when it’s hailing if the Pokémon had been withdrawn from battle. In Noice Face form, Eiscue has lower Defense and Sp. Def compared to its Ice Face form, but it will have increased Speed.

It’s said that this form arose from the Corsola that lived in the sea surrounding the Galar region in the ancient past that lost their lives to a meteorite impact in the area. They are often found living in places that were once seabeds, and it’s said that they sometimes attack humans and Pokémon that they come in contact with.

Cursola evolves from Galarian Corsola. After continuing to store up the energy it has absorbed from other creatures for so long, Cursola has lost its corporeal body. Its spirit energy overflows and now pours out of its former shell. Cursola enjoys the new lightness this form gives it, because it’s sometimes spotted bobbing along as it wanders.

Gym Leader Melony
Melony is an Ice-type Pokémon user and the only Gym Leader able to boast that she’s never once lost to Raihan, who is generally regarded as the strongest Gym Leader in the current Galar Pokémon League. She is also the mother of the Rock-type user Gordie. While she has a generous and bighearted nature, she loves hard battles and hits opponents in their weak spots with unflinching accuracy.

Gym Leader Piers
Piers is the Gym Leader of a Gym that was once said to have been among the greats. He may be a bit wild, but he is a Trainer who truly cares for his hometown and his friends. He loves his Gym, with its close ties to the town it’s based in, and he has been trying desperately to support it together with his Dark-type Pokémon. But he also seems to be getting impatient with the limitations of his own strengths.

Gym Leader Raihan
Raihan is said to be the strongest Gym Leader in the current Galar Pokémon League. He is also the rival of Leon, the sitting Champion. Raihan is a Dragon-type user and trains relentlessly, while also making the time to enjoy his hobbies of fashion and cultivating his social media presence.

We have a bunch of screenshots and art pertaining to today’s announcement below.