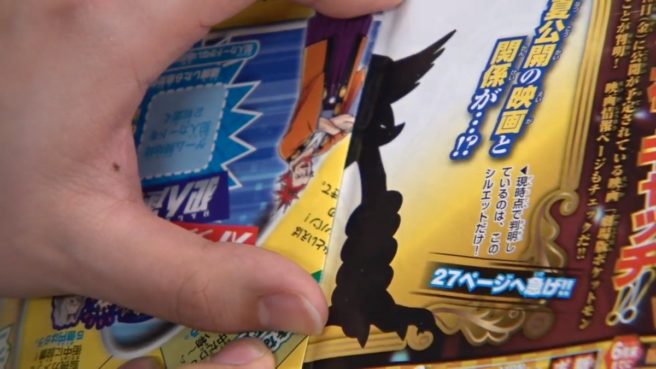 We’ve previously heard that a new Mythical Pokemon is being created for Pokemon Sword and Pokemon Shield. Although we won’t get a proper look at it until later in the month, Japanese magazine CoroCoro has provided an early look today during a live stream. A partial silhouette of the creature can be found above.

CoroCoro intends to offer a full look at the Mythical Pokemon in its next issue. It will also be officially unveiled during Pokemon Day on February 27.