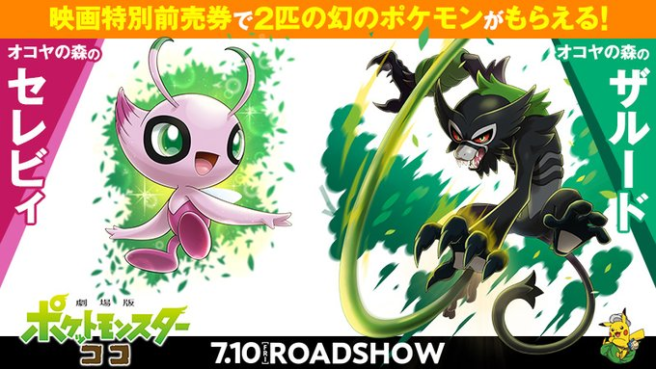 With the movie’s July 10th release seeming pretty far away,  it was announced that starting April 17th, tickets will be available for pre-order for Pokemon the Movie: Coco. Moviegoers will also be rewarded for their purchase, with a shiny Celebi being gifted to all who pre-purchase a ticket, and Zarude becoming available to players from June 15th. While nothing has been announced for Western players just yet, its a matter of time before we are informed of how to obtain this new Legendary Pokemon.