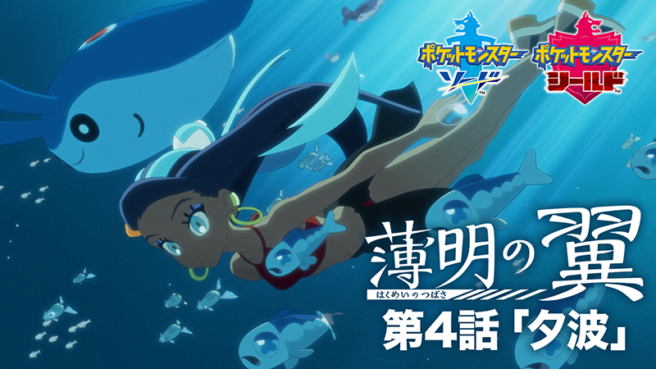 The fourth episode of the anime miniseries Pokemon: Twilight Wings has been released in Japanese. This episode focuses on the water trainer, Nessa, featured in Pokemon Sword/Shield.

The full episode has been linked below.

The English version of this episode has been given the release date of April 21, 2020.