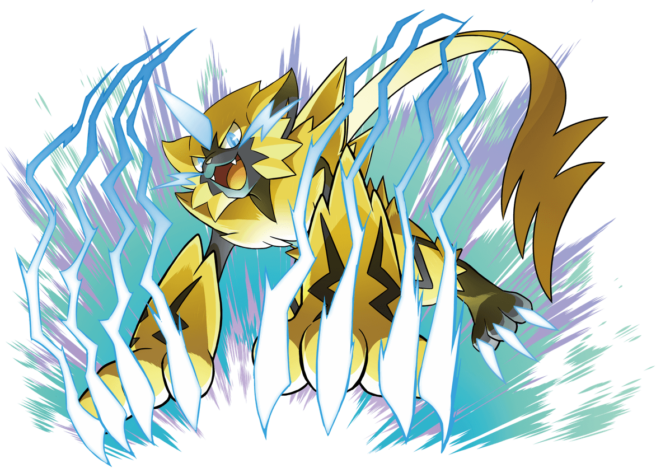 Those in the UK and Spain can find Zeraora at GAME. Germany and Italy are offering it at GameStop while it’s at GameMania in the Netherlands and Belgium.

As for the United States, GameStop will distribute Zeraora between October 19 and November 19. We have the full details below.

This Zeraora knows its signature move Plasma Fists, an attack so powerful it changes all Normal-type attacks into Electric-type attacks for that turn. Zeraora is also holding an Air Balloon, making it immune to Ground-type moves that would usually be Super Effective against the Electric-type Pokémon.

The chance to get Zeraora won’t last long, so be sure to visit GameStop between October 19 and November 19, 2018. And while you’re there, be sure to check out the Pokémon TCG: Sun & Moon—Lost Thunder expansion, where Zeraora makes its Pokémon Trading Card Game debut.