Posted on September 22, 2021 by Ervin in Mobile, News, Switch eShop 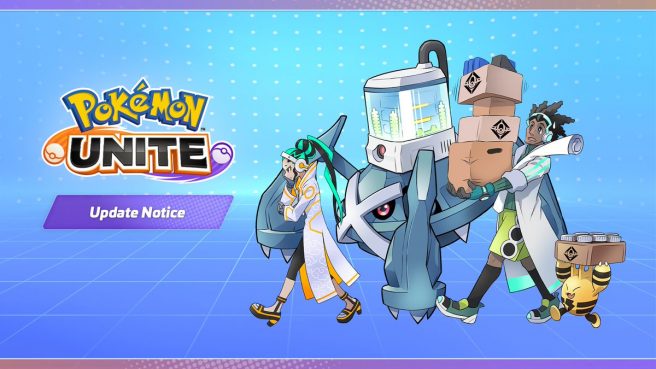 A new update has been released for both the mobile and Switch versions of Pokemon Unite, bringing the game up to version 1.2.1.3 on both platforms.

Here’s what new and changed as part of the Pokemon Unite 1.2.1.3 update, according to the official patch notes:

Over Five Million Preregistrations Reached for the Mobile Version

Everyone who plays the mobile version of the game will receive Aeos tickets, Unite License: Pikachu, and Festival Style: Pikachu as gifts for reaching this preregistration milestone!

Note: These gifts can be used on the Nintendo Switch version of the game as well by linking your account.

This new battle pass features space-themed items straight out of a galaxy full of twinkling stars.

Changes have been made to some Pokémon stats and moves to adjust the balance of Unite Battles.

After maintenance begins, some types of rewards will no longer be available for claiming.

Please be aware of the points listed below.

Battle Pass
Any battle pass points from completing Season 1 First Half missions that have not yet been claimed will become unavailable for claiming.

However, reward items for reaching new battle pass levels, as well as battle pass prize boxes, will be sent to you via the game’s mail system at a later date.

Events
If a reward’s claim period ends during maintenance, that reward will become unavailable for claiming once maintenance begins.

In addition, the stock of items in the following locations will change during maintenance:

The 1.2.1.3 update for Pokemon Unite can be accessed now on Switch, iOS, and Android.