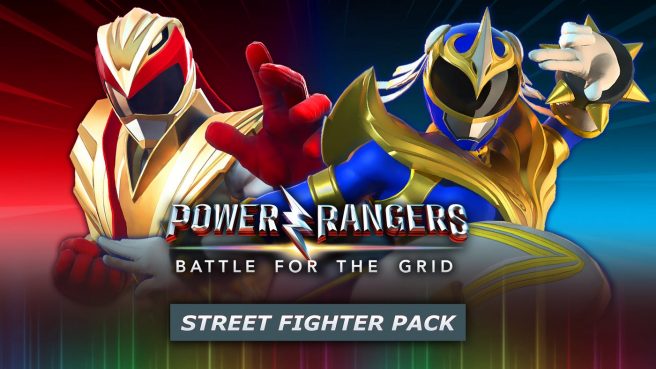 nWay is teaming up with Capcom on a special piece of DLC for Power Rangers: Battle for the Grid. The Switch fighter is getting the Street Fighter Pack next month.

As part of the DLC, Crimson Hawk Ranger and Blue Phoenix Ranger can become Ryu and Chun-Li respectively. The pack contains both fighters as well as “exclusive skins to be revealed at a later date.”

The Street Fighter Pack for Power Rangers: Battle for the Grid launches on May 25. Pricing is set at $12.50. Ryu and Chun-Li will also be sold separately for $5.99 each.