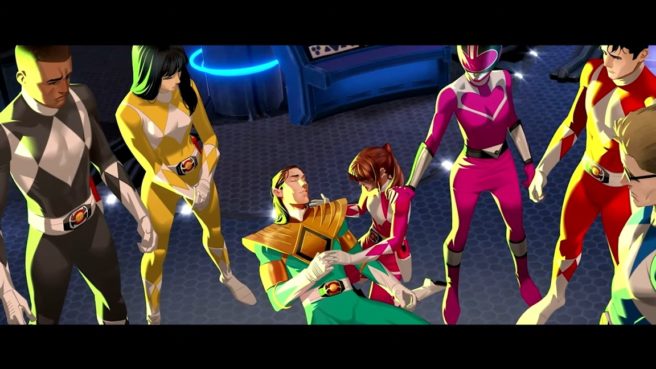 nWay has announced that new content is now available for Power Rangers: Battle For The Grid. The team has added in a story mode from writer Kyle Higgins, new characters, battle arenas, and voiceovers from original cast members.

Here’s a breakdown of everything new:

Gamers can now play through an epic storyline written and voice directed by writer/director Kyle Higgins (Mighty Morphin Power Rangers: Shattered Grid, Nightwing, Batman: Gates of Gotham). The mode also features original artwork by Eisner Award-winning illustrator Dan Mora (Go Go Power Rangers, Buffy the Vampire Slayer, Klaus). In this new mode, players experience a re-imagining of the critically acclaimed Shattered Grid event from Boom! Studios’ Power Rangers comic book series. When Lord Drakkon, an evil alternate version of Tommy Oliver, sets off a massive campaign across time and space to destroy all Power Rangers, they must band together and fight back, before all of existence falls to his armies.

Three new characters enter the world of Battle for the Grid:

● Dragon Armor Trini: When the Mighty Morphin Power Rangers were viciously attacked by the Black Dragon, a powerful Zord from another dimension with the capability to warp Ranger powers, they were in for the fight of their lives. After he was defeated, Trini was able to refashion the Zord into a powerful suit of enhanced armor.

● Cenozoic Blue Ranger: The Cenozoic Blue Ranger was a loyal and powerful soldier who served with Zordon, the original Red Ranger. Eons after his tragic demise at the hands of the traitorous Green Ranger Rita Repulsa, his Power Coin was found by a teenager named Billy Cranston, who then took on the Blue Ranger mantle.

Power Rangers: Battle For The Grid is available now on the Switch eShop.