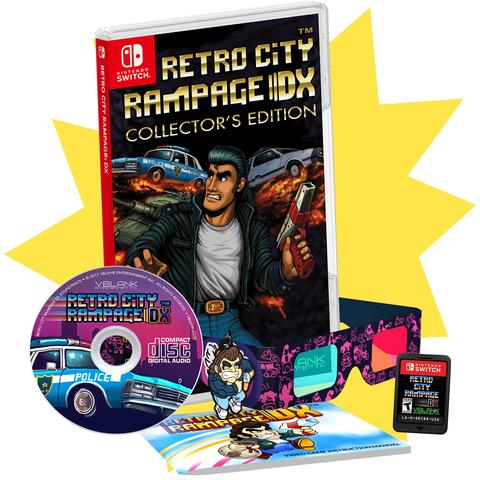 Vblank Entertainment announced a physical version of Retro City Rampage: DX on Switch last week, and pre-orders are now live. You can reserve the collector’s edition here and the standard version here.

Both releases come with a cartridge and manual. However, the collector’s edition adds a keychain, soundtrack, 3D glasses, and a reversible cover.

Orders will begin to ship on October 19.