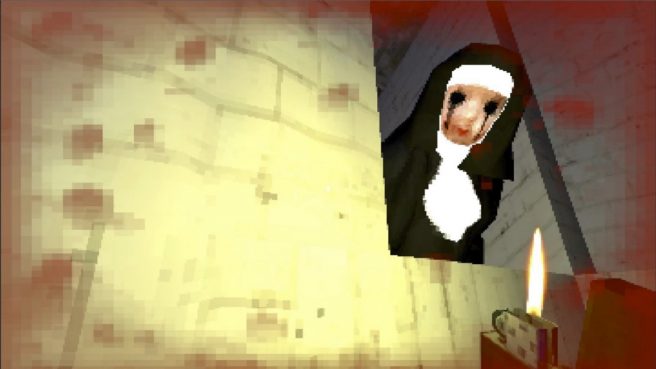 Puppet Combo is bringing Nun Massacre to Switch, and fans won’t have to wait long to play it. The studio revealed that the title will arrive tomorrow, March 24.

Nun Massacre is a stealth horror experience with a graphical style inspired by games on the original PlayStation. More information can be found in the overview below.

Hide from the KILLER Nun at all costs! She hungers for BLOOD and you are the next course!

A letter has arrived at your house under mysterious circumstances… your daughter has fallen ill at her boarding school. As you make a trip to pick her up, a storm blows in and the road is blocked. You continue on foot through the woods and all hell soon breaks loose…

-Stealth horror gameplay. It’s a DEADLY game of Hide and Seek!
-5th gen graphics.
-Pick your preferred image format
-There are multiple endings and secrets to unlock in the NUN’S nightmarish lair

And here’s a trailer for Nun Massacre:

Nun Massacre will cost $5.99 on the Switch eShop. You might also be interested in another one of Puppet Combo’s games, Murder House, which is also out now on the console.