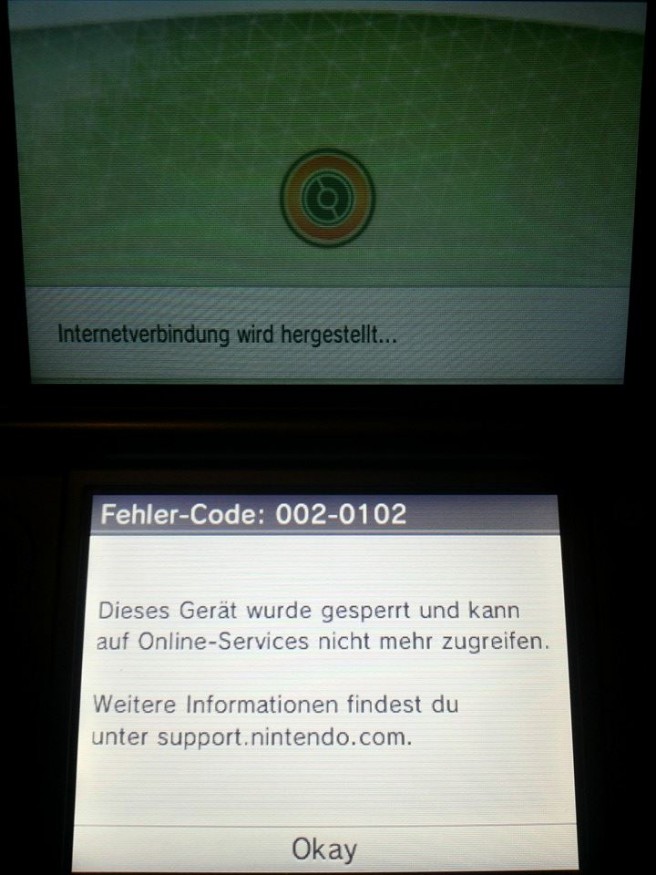 Update: It’s now coming into question whether banned users are being blocked due to using flashcards. I can’t confirm it either way at the moment, but you should definitely be cautious in any case. This entire situation is one big mess!

Earlier today, rumors surfaced about The Legend of Zelda: Twilight Princess possibly coming to the 3DS. That speculation came about after images surfaced which showed people meeting someone in the StreetPass Mii Plaza who had supposedly been playing the “remake” – see below. 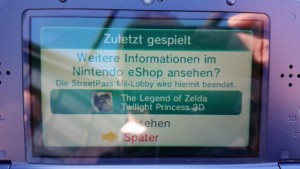 We didn’t post about the rumor as we had a pretty strong feeling that it was fake. Sure enough, it was. One 3DS owner managed to hack his system, which allows for any image/text he wants to appear as his recently-played game.

This wouldn’t be a problem for other 3DS users in most circumstances. However, many folks encountered the person with the hacked system at the Zelda Symphony Concert in Germany today. A ton of people attended the event, and many fans brought along their 3DS units in hopes of receiving some StreetPass hits. Unfortunately, you may have a fairly big problem on your hands if you happened to have conducted StreetPass with the hacked system.

We’re hearing reports that every user who received that person’s Mii and attempts to load the Twilight Princess 3D eShop page (which doesn’t exist of course) is being blocked from online services. This could affect quite a number of European 3DS owners who attended the Zelda concert earlier in the day. I’d imagine affected users would need to contact Nintendo in hopes of being unbanned. If you did come in contact with the Mii, be sure to delete it from the StreetPass Mii Plaza!

Thanks to Robin for the tip.