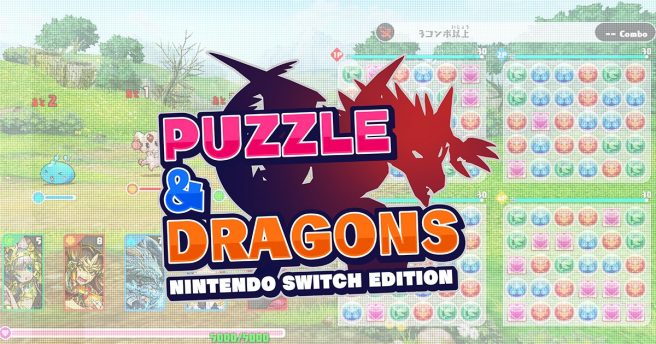 The full patch notes for the Puzzle & Dragons: Nintendo Switch Edition version 1.0.2 update are as follows:

1. Control settings may now be changed during Solo Play battles!

3. LL-sized monsters resized to 70% in Custom Mode!
LL monster size has been revised to 70%, allowing them to be included in battles alongside S or M sized monsters.

6. Additional bug fixed and miscellaneous improvements have been made.

All players can download the Puzzle & Dragons: Nintendo Switch Edition update now. The game itself is currently available for purchase on the eShop.