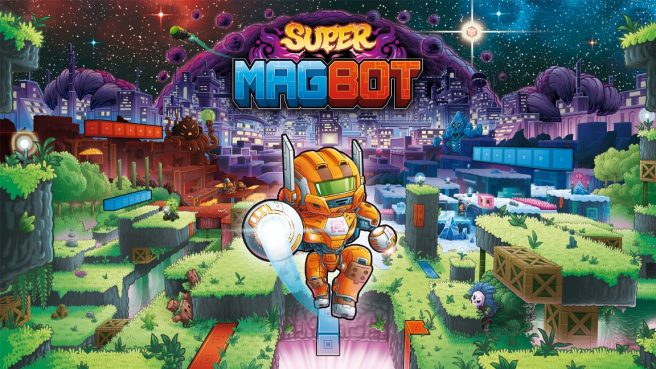 Team17 and Astral Pixel have announced that Super Magbot, a new puzzle platformer, will be appearing on Switch next month. A release is planned for June 22.

Those that are interested in the title can try out a new demo on the eShop. It provides access to the first fifteen levels and a set of tougher levels from later in the game.

Here’s an overview of Super Magbot, along with a trailer:

The system of Magnetia is in great peril as an evil villain tears through the galaxy. It’s all down to one robot explorer to save the day – Magbot!

Armed with the power to control both positive (red) and negative (blue) magnetic polarities, Magbot must navigate through a myriad of challenging platforming environments to save his home planet of MagTek.

Use Magnetic Force to Attract: Use the power of magnetic attraction to pull yourself towards platforms and across perilous pitfalls.

Use Magnetic Force to Repel: Magbot is too heavy to jump! Luckily you can use the power of magnetic repulsion to boost yourself through the air!