Posted on November 19, 2020 by Ervin in Switch eShop, Videos 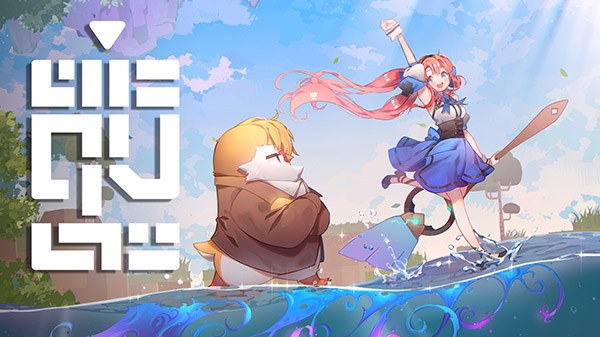 CFK has recently released the English launch trailer for their upcoming adventure game, QV, alongside some new details about the game. Check out the trailer and updated overview below.

● Embark on a dimension-jumping adventure!
QV is an action adventure game about a girl named Quby, who embarks on a journey to restore the balance between dimensions. Using her magic brush, players journey with Quby by teleporting between portals and walking on water. In order to save the worlds from collapsing, Quby must collect Dimensional Crystals which are hidden somewhere in the ancient ruins.

● Let’s find out: costumes and achievements
QV features many adorable costumes for Quby. These items can be obtained as rewards for unlocking in-game achievements, which will make the gameplay experience more colorful.

Players can make their own fashion for Quby with customizing options including hairstyle, dress, and color. 10 types of anime-style hair, such as ponytail, cat ears(nekomimi), and rabbit ears & ribbon, are featured. The names of dresses are as colorful as the design like Alchemist and Blue Lily.

In-game achievements are neither too easy nor hard for players. Costumes can be unlocked by “swinging the brush 10 times”, “collect all fairies in the grassland”, and many more. Costumes and achievements will be added to the game as free update on November 26, the day of release.

QV is slated to launch on the Switch eShop on November 26, and is available now for pre-purchase.