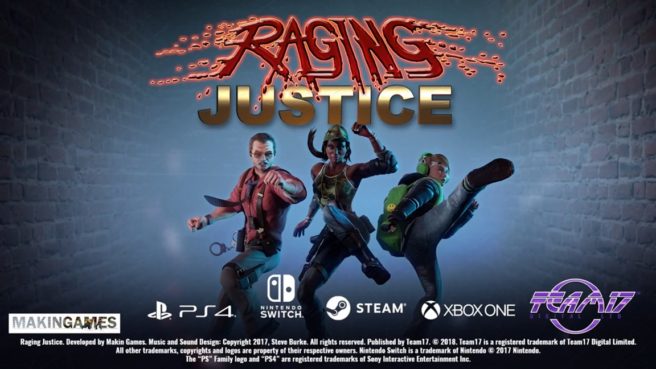 Raging Justice is coming to Switch on May 8, Team17 and MakinGames announced today. The two sides also revealed a new playable character: Ashley King, described as “a street-smart inner-city kid with a backpack full of whoop ass.”

Below is some additional information about Ashley:

The streets of Big Smoke City aren’t safe for anyone, let alone a kid and so it’s a good job that Ashley King isn’t just any kid. Raised under the constant fear of gang violence, Ash had to grow up and grow up fast. Drawing influence from action movie heroes, Ash has developed a fast and lethal fighting style that takes enemies by surprise.

HEIGHT: 5’5”
AGE: 15
INFO: Ash’s inner-city upbringing was blighted by the fear of gang violence. Fast and lethal, Ash learned to fight on the streets, using movies as inspiration for an arsenal of lethal moves including a signature Crane Kick finisher.

We have a new Raging Justice trailer showing off Ashley below.