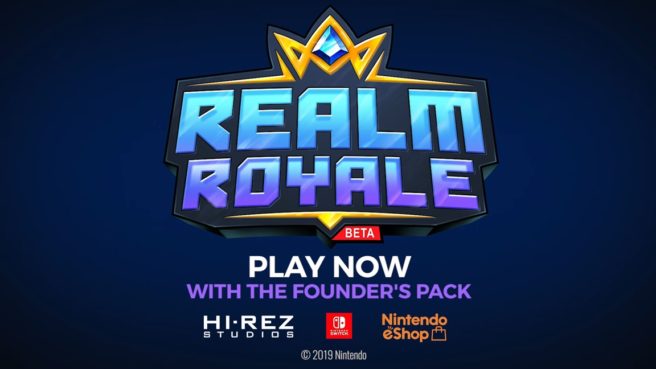 Following several leaks, Realm Royale has finally been confirmed for Switch. How it was confirmed is a bit of an oddity.

A trailer for Realm Royale popped up on Nintendo Portugal’s YouTube channel today. Despite the video stating that it can be played now with a Founder’s Pack, that doesn’t actually appear to be the case. Regardless, Realm Royale is coming to Switch very soon.