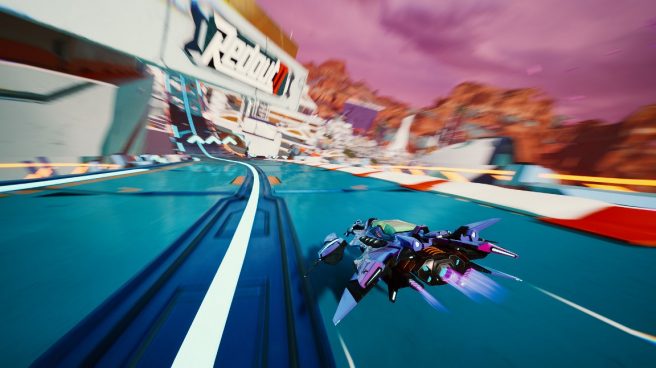 In partnership with Saber Interactive, 34BigThings today unveiled a sequel to its racer Redout, aptly named Redout 2. The game will arrive on Switch sometime in 2022.

Redout 2 is another arcade-esque experience “where racing through the dystopian wastelands of a semi-abandoned Earth is one of the galaxy’s most popular sports.” It’ll feature both a single-player campaign as well as competitive multiplayer. That’s on top of “deep control systems, robust hovership customization, and a killer soundtrack”.

If you’re interested in putting your skills to the test online, that’s possible with 12-player races. The game is also planned to have fresh challenges with regularly-added custom content plus seasons with unique aesthetic rewards.

In terms of customization, players can choose from twelve distinct chassis. The hovership is fully customizable with a selection of propulsors, stabilizers, rudders, intercoolers, flaps, magnets, wings, spoilers, rocket engines, paints, and more. Photo Mode is also supported for creating and sharing highlights.

According to 34BigThings, “Our music-master algorithms seamlessly and dynamically mix tracks based on real-time race data.” The soundtrack itself has contributions from electronic artists, including Giorgio Moroder, Zardonic, and Dance with the Dead.

Here’s the first trailer for Redout 2:

You can check out the official website for Redout 2 here.