Reggie Fils-Aime reveals new book, “Disrupting the Game: From the Bronx to the Top of Nintendo”

Posted on August 7, 2021 by Brian(@NE_Brian) in General Nintendo, News 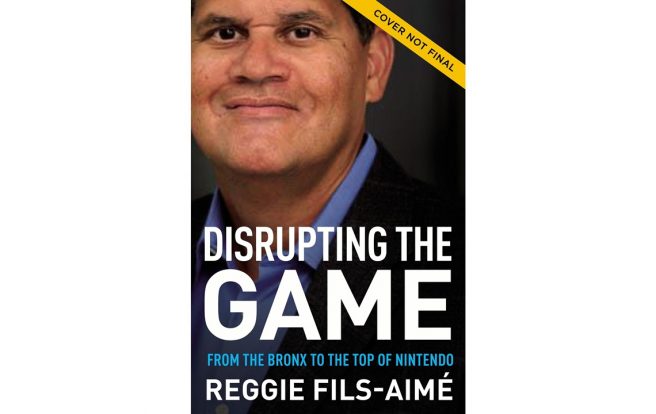 Update (8/2): Reggie’s new book is now up for pre-order. You can reserve a copy here.

Original (7/16): Former Nintendo of America president Reggie Fils-Aime has revealed another new venture following his retirement from the company. He’s writing a new book, and it’s coming next year.

In the book, titled “Disrupting the Game: From the Bronx to the Top of Nintendo”, Reggie “shares leadership lessons and inspiring stories from his unlikely rise to the top.”

Gaming legend and boss level disruptor Reggie Fils-Aimé, retired President and Chief Operating Officer of Nintendo of America Inc., shares leadership lessons and inspiring stories from his unlikely rise to the top. He mastered these lessons to build a long and storied career, and you too can leverage these lessons to springboard your own ultimate success and happiness.

Although he’s best known as Nintendo’s iconic President of the Americas-immortalized for opening Nintendo’s 2004 E3 presentation with, “My name is Reggie, I’m about kicking ass, I’m about taking names, and we’re about making games”-Reggie Fils-Aimé’s story is the ultimate gameplan for anyone looking to beat the odds and achieve success.

Learn from Reggie how to leverage disruptive thinking to pinpoint the life choices that will make you truly happy, conquer negative perceptions from those who underestimate or outright dismiss you, and master the grit, perseverance, and resilience it takes to dominate in the business world and to reach your professional dreams.

As close to sitting one-on-one with the gaming legend as it gets, you will learn:

– About the challenges Reggie faced throughout his life and career-from his humble childhood as the son of Haitian immigrants, to becoming one of the most powerful names in the history of the gaming industry.
– What it takes to reach the top of your own industry, including being brave enough to stand up for your ideas, while also being open to alternative paths to success.
– How to create vibrant and believable visions for your team and company.
– How to maintain relentless curiosity and know when to ask questions to shatter the status quo.

Reggie’s new book is tentatively planned for May 24, 2022. It’s not up yet, but Amazon will eventually have pre-orders here.