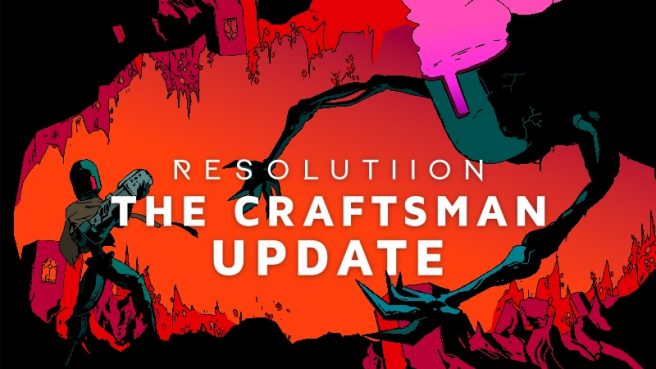 Here’s additional information about the patch:

Hidden in the Divided Sea is an abomination. Something so repulsive, you can’t keep away. In Resolutiion’s second content update, say hello to Rolav, the violence aficionado. This dark entity crafts custom weapon modifications for the sophisticated executioner, such as yourself.

Turn your shotgun into a powerful grenade launcher, or impale a line of enemies with the Delimiter’s energy spike! New weapon variations change Resolutiion’s combat dramatically and open up fresh and creative paths to unleashing destruction.

Make no mistake, though, Rolav’s services come at a price. And that price is facing your darkest shadow.

Features of the Update:
The Workshop, a new area in the Divided Sea
The Craftsman, a new optional mini-boss-fight
Weapon variations for the Calmer, Resolver and Haven
The legendary Elevator Party
More guidance for the lost
Various bug fixes and polish

If you’re interested in Resolutiion, you can pick up the game now from the Switch eShop.