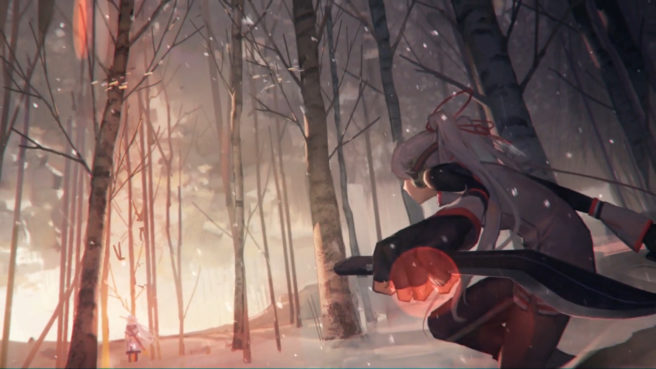 Publisher X.D. Network and developer Sunborn Network have shared a new preview trailer for Reverse Collapse: Code Name Bakery, which introduces the game’s characters and factions. The latest batch of information has also been provided.

Reverse Collapse: Code name bakery expands upon the Reverse Collapse universe that Girls‘ Frontline is also set in. Sunborn Network is bringing back the original Code Name: Bakery Girl in 2013 by completely rebuilding and improving the game with new artwork, voice-over, new story-lines, and new gameplay mechanics. The remake will dive deeper into the connection between Girls’ Frontline and Code Name Bakery, enriching the lore that the fans are fascinated with.

The story of Reverse Collapse: Code Name Bakery happens 30 years after the events of Girls Frontline. The world is plagued by war and resource crises because of the Collapse Fluid pollution. During the world‘s post-war reconstruction process, the newly formed “Antarctic Union” and the “Union of Rossartrism Nations Coalition” begin to fight over the result of the “Three Goddesses Project”.

Mendo, an operative from MID (the Antarctic Union’s intelligence agency) is ambushed in a vital mission in the North Caucasus. He is saved by a girl with silver hair named “Jefuty”. Players will control Mendo and Jefuty facing the harsh terrains, overwhelming Union of Rossartrism Nations Coalition soldiers, and unknown force pulling the strings behind the scenes. Finding allies and uncovering a massive conspiracy surrounding code name “Bakery” along the way.

Reverse Collapse: Code Name Bakery doesn’t have a release window at this time, though the tactical RPG is coming to Switch in the future.