Posted on March 20, 2021 by Campbell(@CampbellSGill) in Reviews, Switch 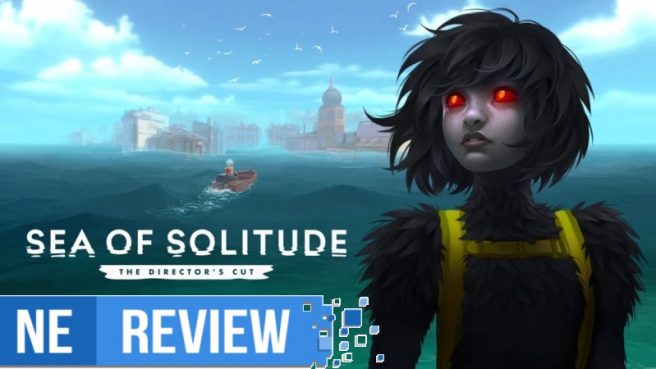 After making only the faintest of splashes in its initial release on other consoles in 2019, the emotional indie game Sea of Solitude has returned on Switch. However, bearing the familiar “Director’s Cut” subtitle that can be found on so many other Switch ports, this re-release promises to add new features like rewritten scenes, additional voice acting, and refined mechanics to the base game. Whether this will be your first time setting sail or you’ve already voyaged with the game, the question remains: does Sea of Solitude’s Director’s Cut make waves in its Switch debut, or is it best left stranded at sea?

Sea of Solitude follows a shadowy young woman named Kay, who is stranded in a boat in the middle of a wide ocean. However, she isn’t entirely alone: she is also stalked by massive, symbolic creatures out on the open waves. It’s soon revealed that these monsters aren’t quite as beastly as they may seem: they’re Key’s family members, each of them suffering from personal struggles that make them take on these monstrous forms. As Kay realizes this, she sets out on a journey across this vast sea to help return each monster to its natural state and, hopefully, restore her fractured family in the process.

The narrative is one of Sea of Solitude’s main priorities, and in large part, it succeeds. The story has an admirable way of being crafted such that it is highly specific, and yet also relatable for a wide audience. Most people will likely have experienced something similar to the plot – they’ll be able to relate to the game’s themes of dysfunctional family dynamics, mental health, and the inherent desire to try and “fix” everything we see. The story and the writing might come off as heavy-handed in some cases – for example, a few sections feature shadowy children who represent Kay’s insecurities by following her around and shouting the same five insults at her ad nauseum – but overall, the story eloquently develops its serious themes to get the player invested in Kay’s journey to emotional maturity. 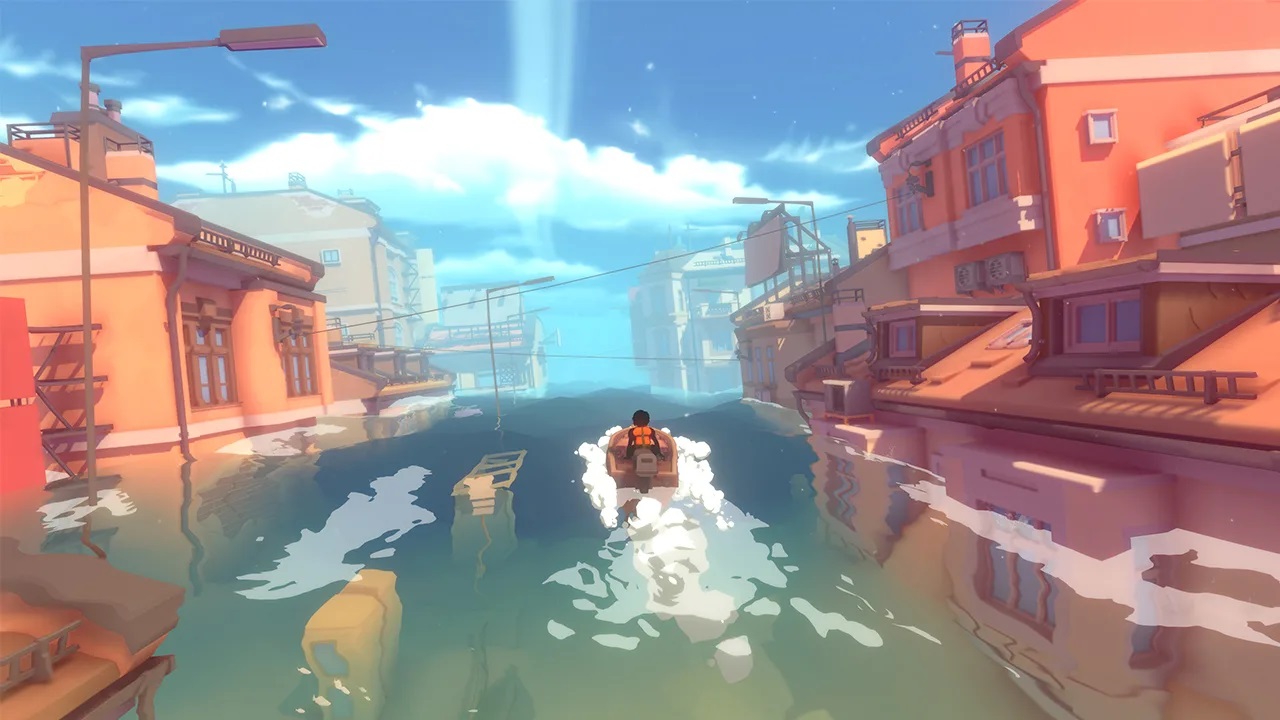 Sea of Solitude’s story and gameplay are deeply intertwined with each other, such that it’s tough to discuss one separate from the other. The gameplay is likely the weakest aspect of Sea of Solitude – and in a way, that’s inevitable. After all, this is one of those games that prioritize the overall experience – the blend of story, gameplay, and audiovisual direction – rather than the moment-to-moment mechanics. Still, it’s a shame that the gameplay rarely develops and hardly manages to achieve much more than the mildly interesting. For most of the roughly five hours it takes to see the game to its conclusion, you’ll spend your time slowly exploring the game’s handful of environments, engaging in light platforming, and solving a few simple puzzles.

At its core, Sea of Solitude can be best compared to a walking simulator. It punctuates the gameplay with a handful of different mechanics and gimmicks, but overall, it has you traveling from point A to point B (either on foot or in a small rowboat) to continue developing the narrative. The only potential challenge arises during brief moments of exploration where the path forward is unclear and you have to find a new route – an activity made all the more difficult by many of the environments’ highly similar designs that tend to blend together. Other annoyances pop up throughout the game due to a handful of physics-related glitches. These usually aren’t too bothersome, but they can pose issues during the handful of physics-based puzzles.

As one-note as the gameplay can be, however, there’s still some undeniable joy to be found in it. There’s a freeing bliss in traversing over vast open oceans, idyllic seaside towns, or stark wintery landscapes to unravel the deep emotional issues plaguing your family. If you value a gradually-developing, laidback, and calming experience in your games, then Sea of Solitude will come through. It might not feature the world’s most exciting action, but the soothing gameplay admirably ties into the narrative to complement the emotional experience. 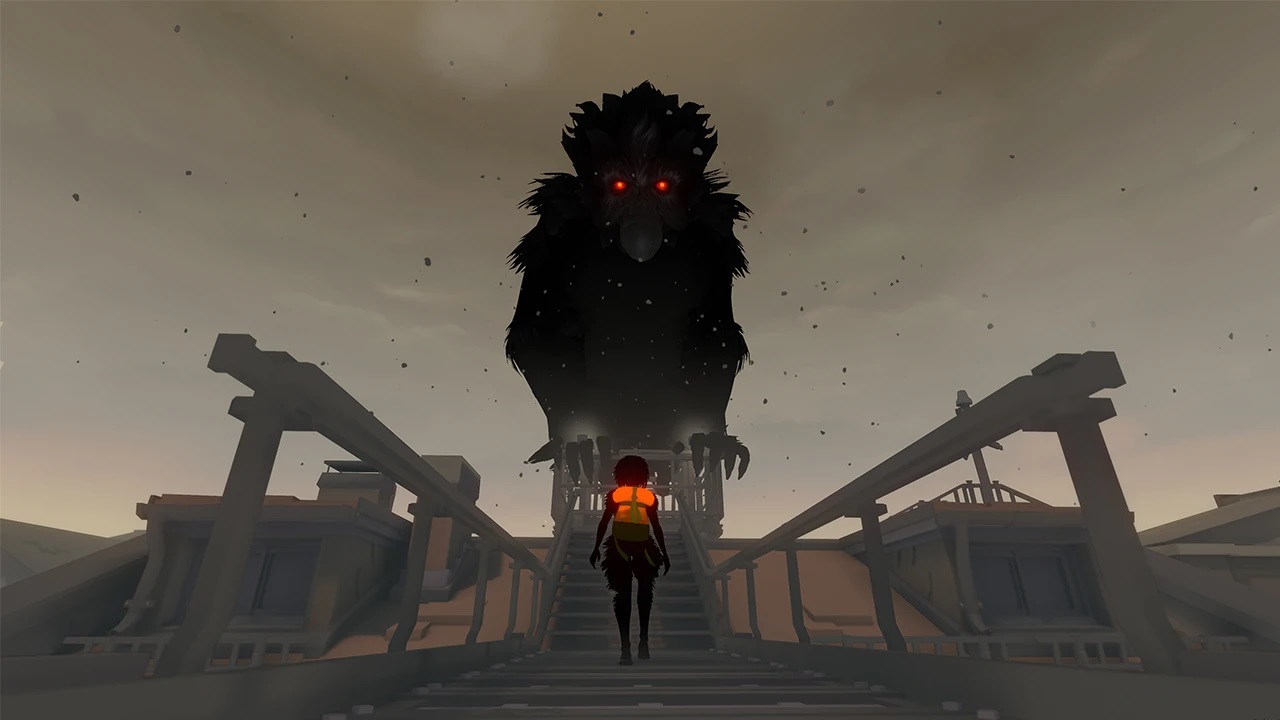 Beautiful aesthetics also help to boost the experience. Perhaps fittingly for a game set on an open ocean, Sea of Solitude boasts a gorgeous watercolor aesthetic. Its soft color palette pairs bright blues and oranges with stark contrasts such as the shadowy design of Kay herself to create a strikingly dreamlike feel, almost alluding to the experience of having a strange dream where dark and bright unite. It also holds up well on Switch, too. The colors are a bit softer and the textures far lower-quality than they are on other platforms, but for such an impressionistic title, these downgrades do little to affect the overall product. Performance is also generally solid, sticking to a relatively stable 30 frames per second with a handful of dips during more intense moments.

As for the “Director’s Cut” additions, they often feel tangential at best. Many voice lines have been rewritten or re-recorded, not to mention a few scenarios have been adjusted. The biggest improvement comes with the all-new photo mode, which allows players to take pristine snapshots throughout the game’s gorgeous world. These changes won’t mean much for players diving into the game for the first time on Switch, but for those who had complaints about the story or lack of a photo mode on other platforms, this might provide some incentive to dive in once again.

Sea of Solitude: The Director’s Cut is largely the same game you’ve experienced on other platforms before with a small handful of tweaks and additions. With only a smattering of technical drawbacks in the Switch version, this port features a touchingly heartfelt story paired with minimalist gameplay that combine to create an impactful and emotionally resonant experience. It’s certainly not the most exciting or mechanically refined game on the market, but for the right audiences, Sea of Solitude is worth catching the tide.