Posted on July 24, 2018 by Jakob Vujovic(@jakovujo) in Reviews, Switch eShop 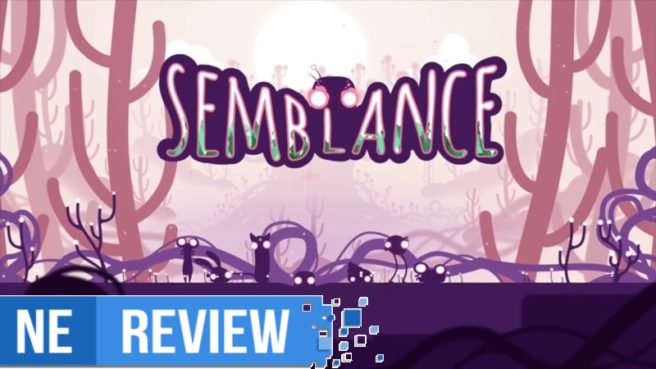 Semblance is the kind of game that gets lost on the Switch eShop amid the dozens of weekly releases. As a 2D puzzle-platformer it doesn’t do itself any favors in this regard – not in the broad sense of the genre, at least. Still, in its brief five hour runtime, Semblance does exactly what it needs to. It takes a core concept that’s fun enough to play around with on its own and builds on it in a way that’s as calculated as any competently assembled progression of puzzles does.

In Semblance, you play as a little silhouetted blob with two big, animated eyes. The basic platformer feel of jumping and dashing in any four cardinal directions is very mechanically sound. That’s important, because that’s all the squishy character can do. The bulk of the game’s complexity comes in when the blob meets the spongy bounds of its abstract tree-world. 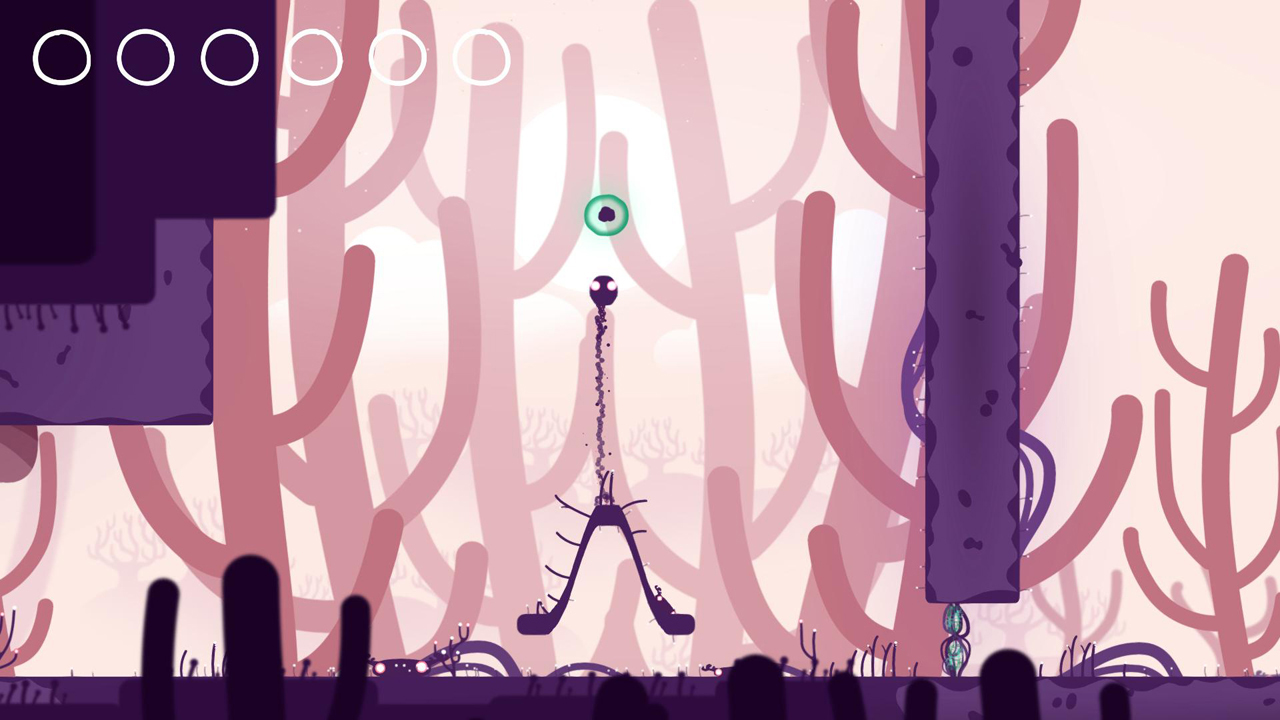 One of the most basic interactions that makes up the bulk of Semblance’s early navigational puzzles is with special surfaces that squish as the blob dashes into them, retaining the indented shape of the impact. In practice, this core mechanic serves as both an essential navigational tool with consideration to your limited moveset, and as a way to manipulate the environment around you. Squishy surfaces, as your main tool for solving puzzles, are also essential for navigating within the space of the puzzle so you can make your way through to collect the trinket that lies at the goal.

One of the most fundamental examples of this clever dual-purpose design is in how the blob can wall jump. He can’t – but if there’s a vertical flap of squishy surface, the blob can jump and dash into it, creating a safe indented alcove that allows it to jump higher and dash again, repeating this process up the wall. As the blob dents into the squishy surface, it will also create protrusions on the other side. These can also be climbed, but since they poke out they might also stop the path a deadly laser blocking progress or allow you to manipulate the handful of hazards that get thrown into any given puzzle. Like the squishy surfaces, even these hazards have clever multipurpose design that allows the puzzle designers to extrapolate some surprisingly tricky challenges out of a few simple tools. All of this manages to hit a sweet spot where it never fully stumped me, but I often had to slow down and reevaluate a scenario.

The puzzles are well constructed in the micro and the macro; each small scenario through a level is always engaging, if not because its design is overly complex, then at least through the pleasant bounciness of interactions in the world. The overarching themes of puzzles and the ways they’re strung together all comes together, organically expanding the player’s understanding of the initially simple-seeming pieces that the designers allow you to play with. It tickled my brain in just the right ways. 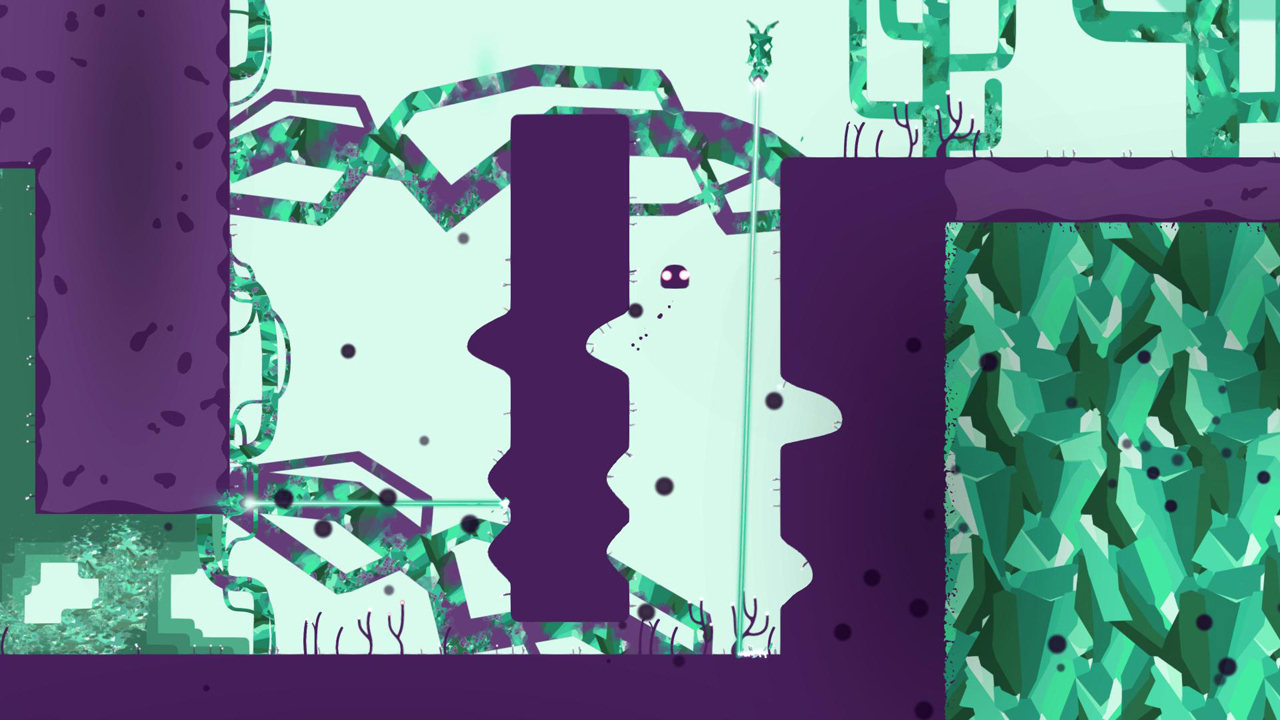 Semblance is only really lacking in its anticlimactic ending and very little variety in its visual design. The former isn’t a huge problem. The story is pushed to the background as a simple ‘fantasy forest creatures being corrupted by a mysterious evil force’ and it only rears its head through a few wordless cave murals. The visuals as they are, are pretty enough and most of the variety comes from different areas being denoted by different monochromatic color palettes. The game itself is just short enough for this (noticeable) lack of variety not to become too grating.

Semblance is a very good puzzle game – one that benefits from its simple mechanics and short completion time, likely artifacts of its small development team, because these would-be shortcomings allow simple mechanics to flesh themselves out in ways that are more clever than you might initially expect. Despite the unremarkable story that’s always floating in the game’s periphery and visuals with very little variety, its core design is very well thought out.

Semblance review copy provided by Gambitious for the purposes of this review.