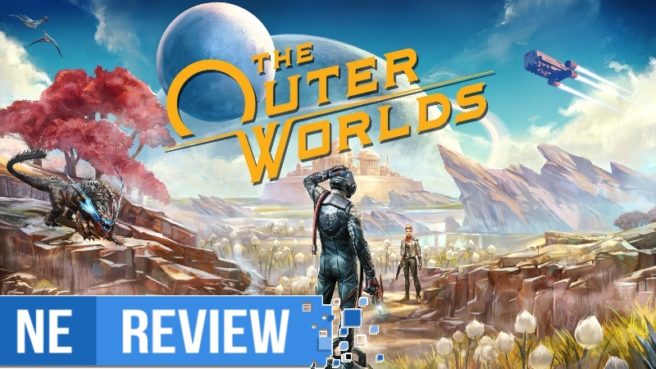 Almost eight months after its release on other platforms, The Outer Worlds finally makes its way to Switch, giving players the first real Fallout-esque experience on the hybrid console. The game provides a fantastic RPG experience that never feels too bloated and hits all the right notes with excellent pacing, but as for the new port, taking this ambitious game and bringing it to Nintendo’s console seemed like it may have been a bit much. We’ve seen some technical marvels appear on the platform, but there have been just as many letdowns from games that were just too poorly optimized to make for an ideal experience, even with the luxury of portable play. The Outer Worlds provides an galactic sci-fi epic that’s rich in content and immersion, and while it’s easily a game that should be a must-play for anyone with the slightest interest in RPGs, the Switch conversion is an odd bag that sits on the fine line between acceptable and sacrificial. Quite simply, The Outer Worlds on Switch is playable, but not optimal.

In the system of Halcyon, players will create a unique character that lands on a new settlement called Terra 2, which is what it sounds like – a new earth for civilization to begin again. Before you land, however, you’ll be able to customize your character in various ways that will help define your playthrough and play the game the way you want to experience it. From Stealth to Medical to Engineering capabilities, there are tons of ways to spec your character when you begin the game, and as you play throughout you can assign skill points wherever you’d like for a truly unique experience that’s tailored for you. 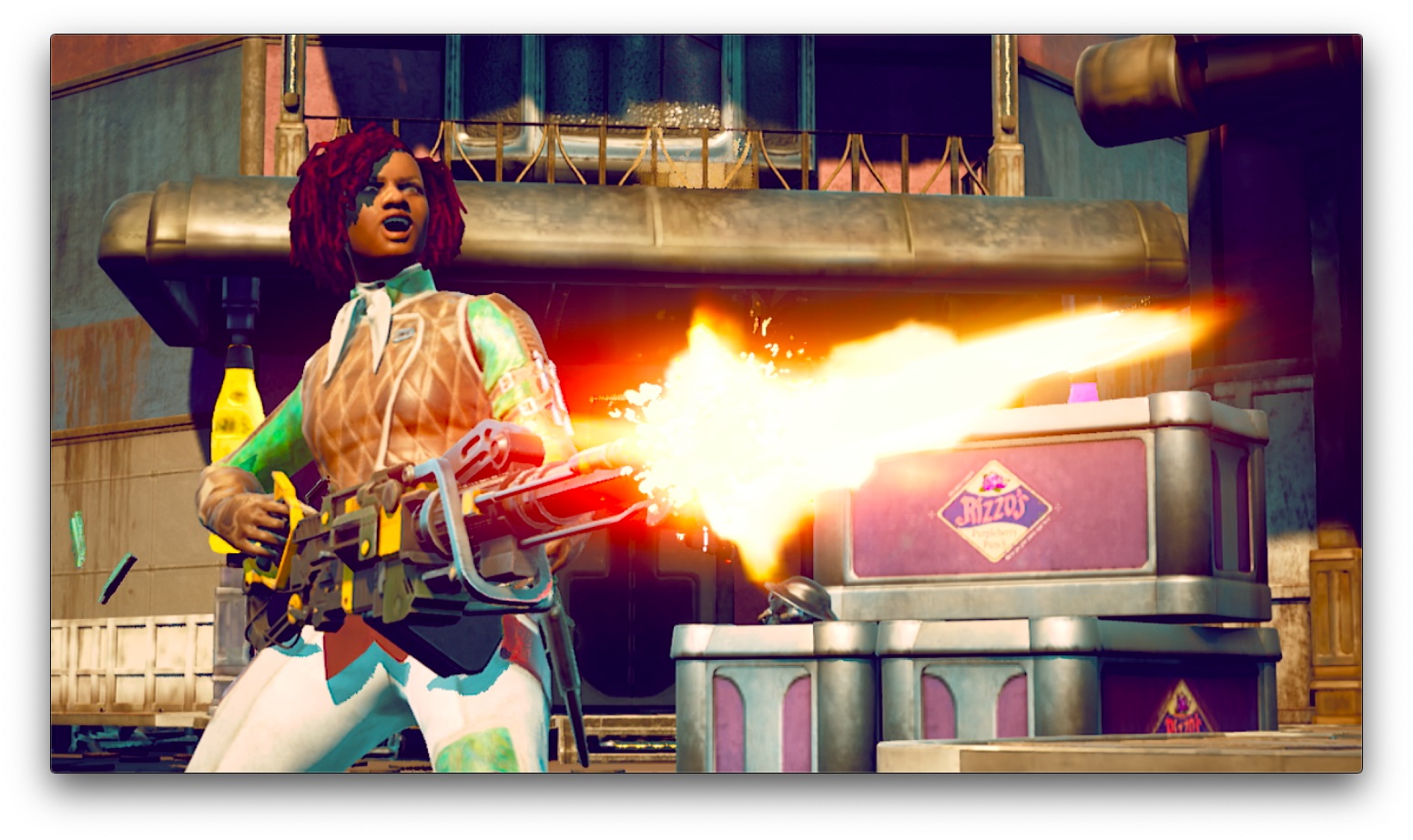 In addition to the usual stats, a somewhat restricted but still detailed creation suite makes you able to choose the hair, eyes, sex, and whatever else you’d like to look the way you want to look. My biggest gripe with this is that it’s ultimately pointless, as there’s no third-person mode offered in The Outer Worlds, leaving any cosmetic changes to strictly be seen in the inventory screen as you equip weapons and armor. There’s an option to remove any helmet to show your face at all times but, again, this is ultimately a missed opportunity as you’ll be in first-person throughout, with the occasional idle screen showing your character from a distance as it pans around. I always found this to be trivial when such restrictions are placed. You still have that sense of distinct feel compared to everyone else, but you never really truly appreciate the cosmetic side of The Outer Worlds, and ultimately begin to lose any sort of attention to acquiring an appealing look, so the numbers in stats take priority over everything else.

While you’ll find yourself going through many large areas of Terra 2’s map and off-world on some occasions, you’ll come across a variety of enemy types that will find you invasive and cause them to become aggressive towards you. In some situations, depending on how you’ve built your character, you can use tactics like persuasion, stealth, and lies when in dialogue sequences to work your way around some territories when negotiating with less hostile types, but otherwise combat will occur, and this is where The Outer Worlds on Switch struggles in a lot of ways, though it wasn’t exactly perfect on other platforms either. 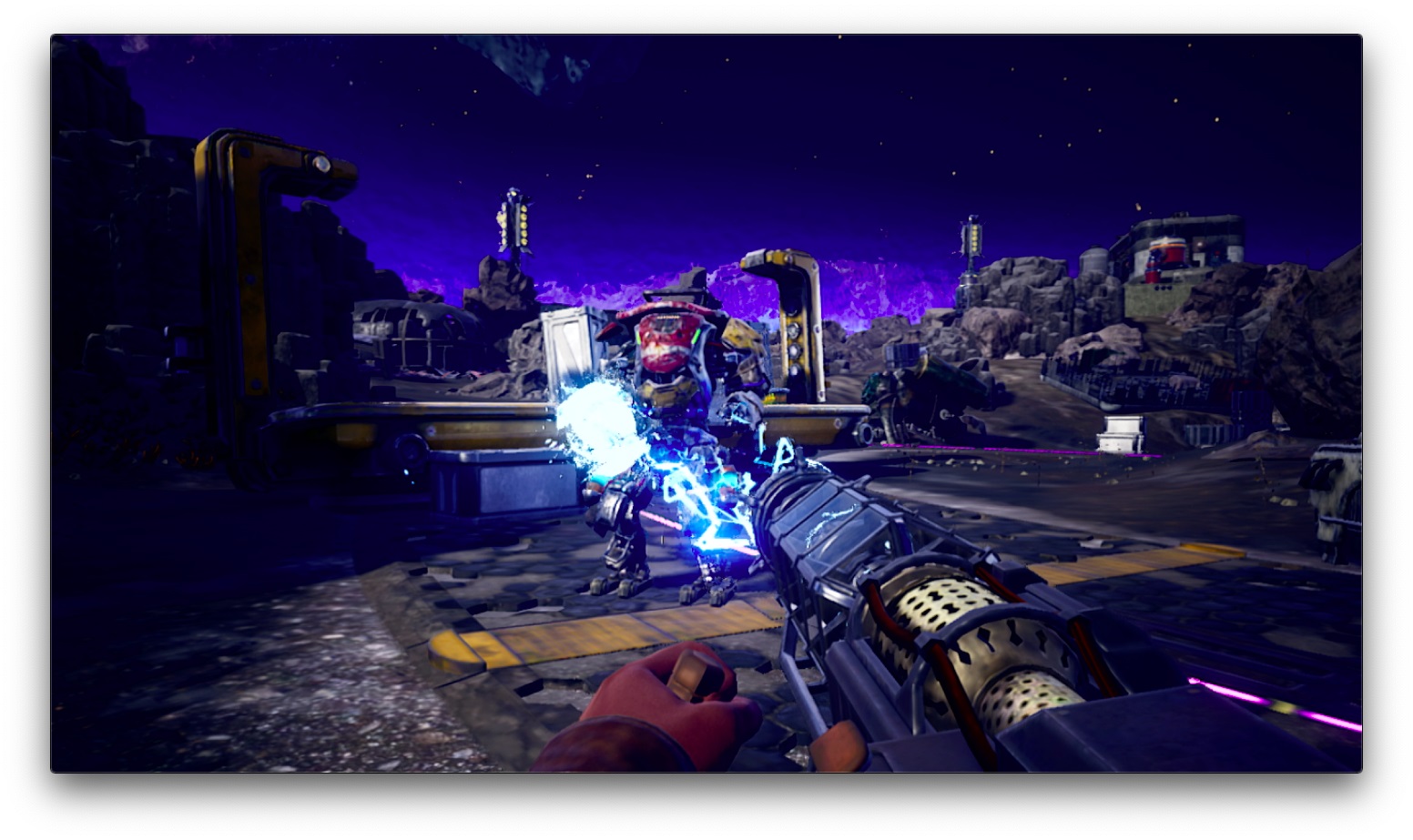 In Switch’s case when it comes to combat, a big portion is less than adequate due to the fact that performance takes a massive hit. This is especially prevalent in outdoor areas, and while indoor areas see a bit of an improvement, combat quickly begins to feel like a chore because of constant fluctuations of frame rate, occasional stutters, and sporadic loading. Thankfully as someone who likes to play in a stealthy way, I could avoid it in most instances if I played my cards right. However, for those times where you do find yourself in combat, the way the Switch handles the nature of these fights as well as suboptimal control functionality means you’ll find yourself dying often.

The Switch version of The Outer Worlds includes gyro controls, which helps to a degree, but otherwise aiming doesn’t feel tight at all and every combat scenario turns into an abomination. Even with included abilities like Tactical Time Dilation which allows for time to slow down and reveal critical hit locations, with how inconsistent and choppy performance is, you’ll still find yourself missing more shots than hitting – and this is with aim assist on as well. The biggest issue combat suffered from on other platforms wasn’t so much the performance as it was just the banal nature of it. It was always the least appealing part of The Outer Worlds, but on Switch it’s almost something you want to actively avoid to save yourself the frustration of having to deal with the struggles the hardware is going through. 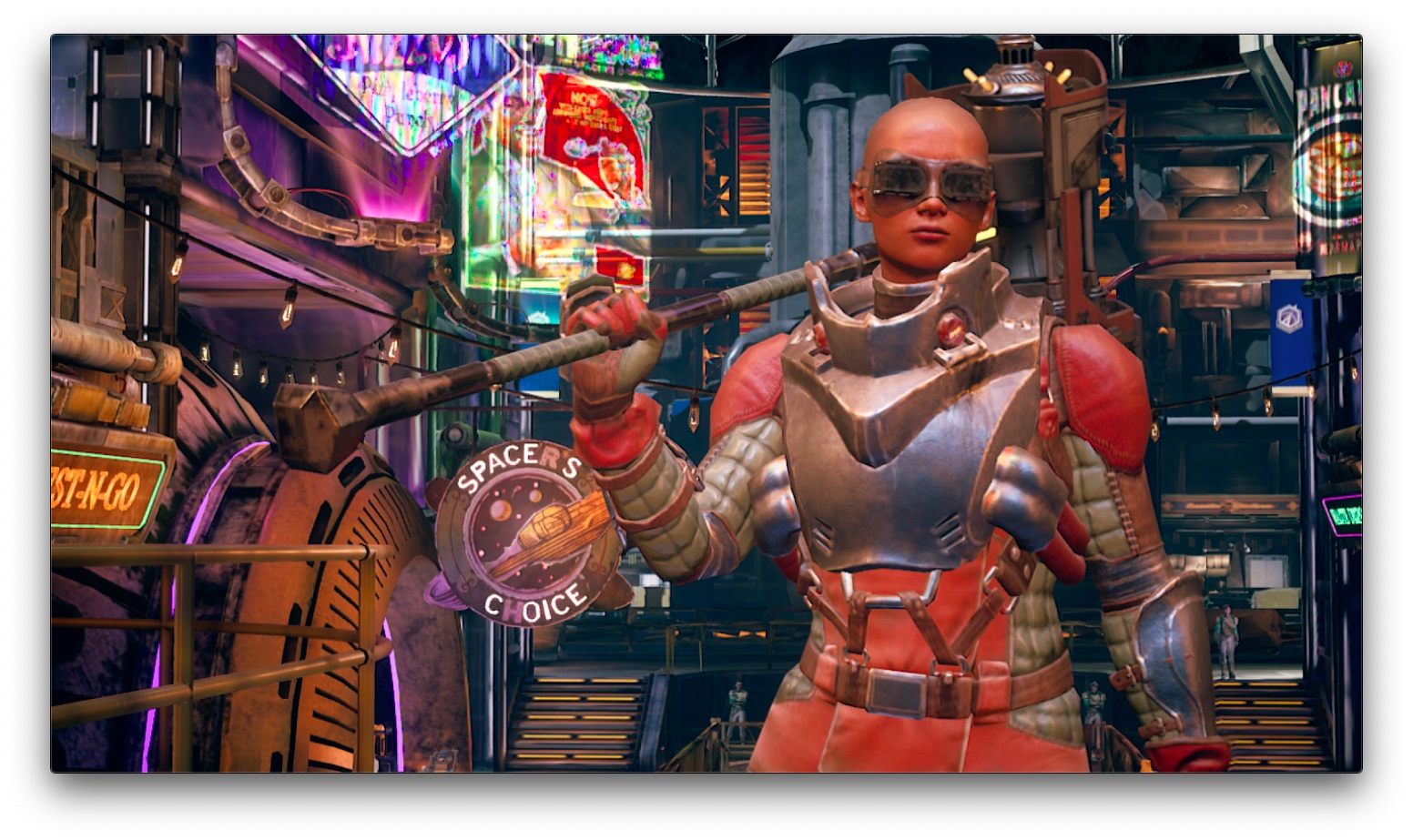 Performance issues aside, The Outer Worlds on Switch still retains some charm thanks to its writing which balances between dark and philosophical to downright hilarious as you meet a variety of characters with different backgrounds, some of which can be your companion throughout the campaign. They help make the adventure that much more enjoyable as you traverse through the now somewhat scenic locations of The Outer Worlds. While customization is minimal, you can still have some control to how you’d like your companions to react in and out of battle, as well as equipping them with certain weapons and armor.

The Outer Worlds is a truly fantastic game that should be played by any RPG enthusiast regardless of their platform of choice, but the Switch version – while far from the worst port we’ve seen on the system – is hard to fully recommend when so much has been sacrificed just to get a portable version to come to fruition. It should be commended, and I highly appreciate port developer Virtuous for getting a game of this scale and detail to a playable state, and though I don’t mind graphical downgrades, the overall art direction and appeal of The Outer Worlds – which was due in large part to its vibrant color palette compared to other games of this nature which heavily abuse a rusty aesthetic – is lost thanks to how much was removed from its environment. Locations are muddy, foliage is practically non-existent, and other technical issues like sporadic pausing and loading while simply walking around and textures taking their sweet time to fully display make The Outer Worlds on Switch a less than ideal experience. It’s playable, but if you’re someone who has other platforms available, the game can be enjoyed much more outside of the Switch, and even the luxury of being able to take it on-the-go isn’t enough to warrant the Switch version of Outer Worlds being your primary way of playing the game.

It’s not the most ideal way to play Outer Worlds, and while the game is great, the Switch version takes a hit in a lot of departments that makes it an unfortunate last resort if it’s the only way for someone to play the game. Those with access to other platforms would be better off playing it elsewhere, but the Switch version barely gets the job done if you’re looking for a portable experience for what is otherwise an incredible RPG and one of Obsidian’s best. The Outer Worlds on Nintendo’s console remains playable, but from sporadic loading in the world to egregious frame drops in battles, the enjoyment will mainly come from its exploration and great story rather than any combat or sightseeing. Loose controls mixed in with its fluctuating frame rate make it hard to aim, and even on the lowest difficulty, you’ll find yourself in tough situations and possibly dead thanks to poor performance. Overall, The Outer Worlds is a must-play game for RPG enthusiasts, but the Switch conversion shouldn’t be your initial go-to with other options available.